All About Salt - Our Best Bites
Skip to content
Home » Archive » All About Salt
Published: 01/11/2010Updated: 01/18/2023Author: Kate Jones
This post may contain affiliate links. Read our disclosure policy.
One of the most common questions we get is what the differences are between all the varieties of salt. Some of you might be raising your eyebrows–I mean, salt is salt, right? A little yes, but mostly no. And we’re here to help you figure out those mysterious differences.
Table Salt vs. Coarse Salt
Before I get into the different types of salt, it’s important to note that table salt and coarse salt (kosher salt and sea salt, for example) have different size and texture. Table salt has a finer texture, so if you have 1 teaspoon of table salt and 1 teaspoon of coarse salt, the teaspoon of table salt is going to be saltier. If you’re substituting table salt for coarse salt, you’ll want to use a little less (like, for instance, a scant teaspoon rather than a level teaspoon) salt than the amount that’s been called for. If you’re subtituting coarse salt for table salt, you’ll want to use a bit more–like a heaping teaspoon of coarse salt rather than a level teaspoon.
Iodized Salt
Another concern I hear a lot regarding salt is iodine. Iodine, just like the salt people tell you, is important. However. Your body only needs a tiny bit. I generally don’t use a lot of iodized table salt (although I WILL tell you when I do use it! 🙂 ). I think it has an overwhelming, almost burning, chemical taste to it. I would be more concerned about my potential iodine deficiency if I weren’t an American, eating lots of foods that already contain plenty of iodized salt in them. While I do use it from time to time, I haven’t cooked regularly with table salt in about 6-7 years and I have miraculously survived, so…take that for what it’s worth. 🙂
Table Salt 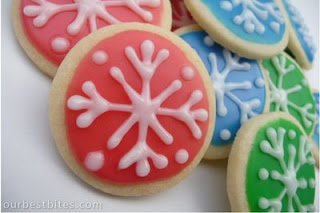 Like I mentioned earlier, most table salt is iodized and it is very concentrated and salty. Because of its uniform size and shape, is ideal for baked goods. Pretty much the only time I use table salt is in baked sweets like cookies, brownies, and cakes (although I do prefer coarse salt for breads). On the flip side, it’s not the best choice for seasoning mixes and meat rubs.
Some recipes that use table salt include:
Sugar Cookies
Chewy Chocolate Chip Cookies
Toffee Chocolate Chip Cookies
Kosher Salt 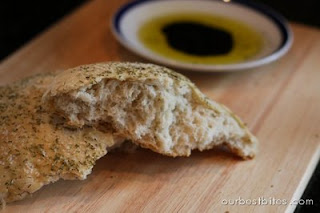 Kosher salt is my salt of choice. I just buy a big box of it with a pour top and then fill a shaker from Ikea with it as well as a small Tupperware-type bowl for pinching and sprinkling. Kosher salt is less dense than table salt and has some texture to it, so it’s great for meat rubs because it draws the juices to the surface of the meat. It also dissolves quickly and has a nice, clean flavor with minimal aftertaste, so it’s great for use as a garnish, not only to make the presentation more interesting, but also to lightly accentuate and enhance the flavors of the food (or drinks–Kosher salt is the salt of choice for the rims of margaritas and other cocktails). I use Kosher salt almost exclusively–you can try it out in:
Lime-Chili-Rubbed Flank Steak
Rosemary Foccacia
Breadsticks and Pizza Dough
French Dip Sandwiches
Garlic Bread Seasoning
Fried Rice
Sea Salt 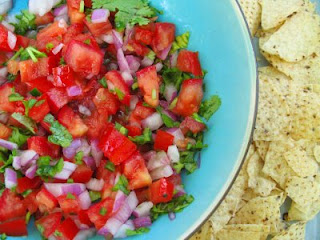 Sea salt, unlike Kosher and table salts, is not mined but rather gained by evaporating sea water. Like Kosher salt, it generally has a more delicate flavor than table salt. Sea salt can range from something you’ll find in your average grocery store salt to fancy schmancy salts coming from various regions of the world. You’re most likely to encounter flake salt, which is great for sprinkling on top of meats once they’re cooked; Fleur de Sel, which is generally from France and great for enhancing the natural, earthy flavors of salads and cooked vegetables; and salt in a grinder, which allows you to freshly grind the salt and adjust its coarseness.
Sea salt is almost always interchangeable with Kosher salt. Try it on:
Samburgers
Pico de Gallo
Sweet and Savory Coconut Rice
Diner-Style French Fries
Oven Steak Fries
Sprinkle a TINY bit of flaked sea salt over the melted Rolos on Sara’s Easy Pretzel Turtles
Rock Salt 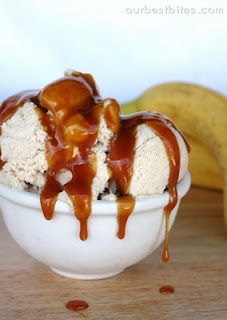 Rock salt is pretty much inedible. It is extremely heavy and concentrated and designed for use on icy walkways and in ice cream makers that require ice and salt. You can use it with:
Hand-Tossed Ice Cream
If you have an ice cream maker that doesn’t have a gel canister, you can also use it to make:
Caramelized Banana Ice Cream
Blueberry Cheesecake Ice Cream
Snickerdoodle Ice Cream
Cherry Chocolate Chip Ice CreamWe also have great informational posts about the following things:
Flour Facts
All about Oils