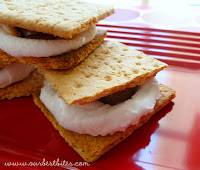 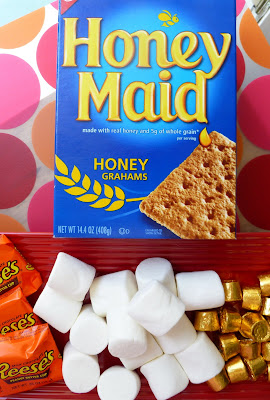 And I thought I was a genius.

We-ell, I was reading through the responses on our current giveaway and not only did someone mentions Rolos s’mores but they ALSO mentioned peanut butter cup s’mores. I was crushed. Okay, maybe not crushed–it takes a lot to crush me these days and it’s gonna take more than a chocolate-covered caramel to do that. But I was not the genius I thought I was. On the up-side, both of them mentioned those s’mores as the most delicious thing they ate that summer.

Because it’s still way too hot outside here for campfires, I’ve been making these in the oven. I first had oven s’mores at a camping-themed church dance as a teenager (because camping and teenage dances are a natural pairing) where they were the treats. It was such a cute idea and I am not lying when I say that hot, gooey messy s’mores are awesome, but after they cool down and set up again, they are also awesome in their own way–a little more like cookies. These would be perfect made ahead of time and served on a dessert table or as a classroom treat.

Anyway, you can seriously make these in 5 minutes, if that. All you do is lay your graham crackers out on your cookie sheet, place a marshmallow on top of the graham cracker, and place the pan in an oven with the broiler on (use the low broiler setting if you can adjust it; otherwise, a broiler’s a broiler). Cook for about 2 minutes or until the marshmallow is as toasted as you want it 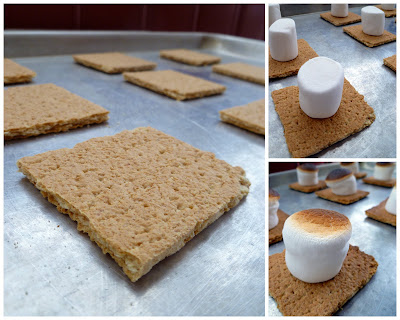 and then top it with a Reese’s Peanut Butter Cup or 2 Rolos (unwrapped. Do I really have to say that? You’d think I wouldn’t. You’d be surprised.) 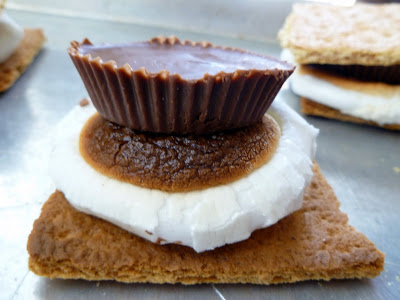 The peanut butter cup is pictured here because although I prefer the Rolos, this is a G-rated blog and Freud might have something to say about my Rolo pictures, even though they were better in quality.

Top the toasted marshmallow and chocolate with the other graham cracker square and eat it up immediately.

Of course, you can ALWAYS do these over an open fire. I’m not gonna stop you–hey, give me another month and I’ll join you! 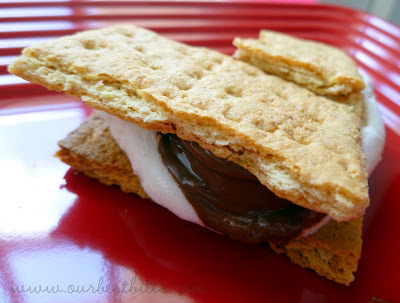 Or not. Remember the potential for double awesomeness here. 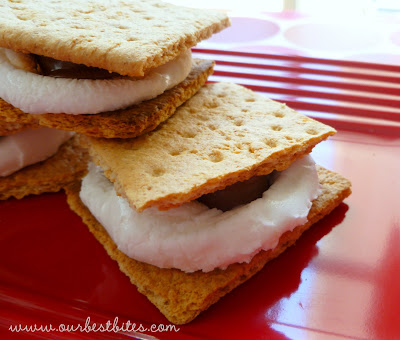 These can also be made the traditional way by toasting a marshmallow over an open fire.