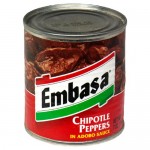 Every time I write a post including canned chipotle peppers I think we should really have a resource post for those who aren’t familiar with them or might even be afraid to try something new.  So here we go!

What are they? Chipotles are small peppers (often jalapenos), usually 2-3 inches long that have been dried by a smoking process that gives them a dark color and a distinct smoky flavor.  The canned variety we are talking about are canned in a red sauce that has a fantastic, smoky flavor as well.

Where do I find them? You can find canned Chipotle Peppers in Adobo sauce in the Latin isle of most grocery stores.

Are they spicy? Yes, they are spicy, but not crazy-burn-your-face-off spicy.  Well, let me re-phrase that.  If you use the right amount, they are not burn-your-face-off spicy.  Remember that a little bit goes a long way.  Start with small amounts and add more to taste.  Or, use the sauce from the can instead, which has the same great flavor, but much less heat.  I will never forget the first time I used these peppers.  I was making a chili recipe that called for one pepper for the whole pot.  That didn’t see like very much so I threw 2 or 3 in there.  3 peppers for the entire pot, and it was SO hot.  I couldn’t even swallow it.  So trust me and start small! 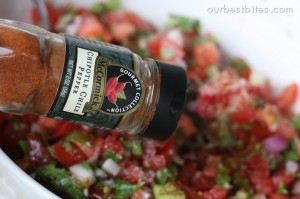 Is there an alternative? You can buy dry Chipotle Chili Powder, which can be found in the spice isle of a well-stocked grocery store.  It has that distinctly smoky flavor, much different than a standard chili powder.  Depending on the recipe, one may work better than the other (real chipotles vs chipotle powder), but often they can be interchanged without a problem. 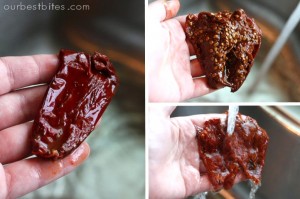 How do I handle them? Make sure not to touch the peppers and then rub your eyes, mouth, or nose.  To cook with the peppers, remove one from the can and use a knife to gently scrape the seeds off.  Or, reserve as much of the sauce that’s sticking to the pepper and then carefully run it under a light stream of water to wash away seeds.  You can then mince with a knife.

Most recipes call for a very small amount and I feel like it’s a waste to buy an entire can.

Me too!  I can’t tell you how many times I’ve used a pepper and then put the leftover can in the fridge with intentions of making something else.  I’ve thrown away a LOT of cans!  So here’s what I do.  Take the extra time to do this process and your little can of peppers can last you months and months stored in the freezer. 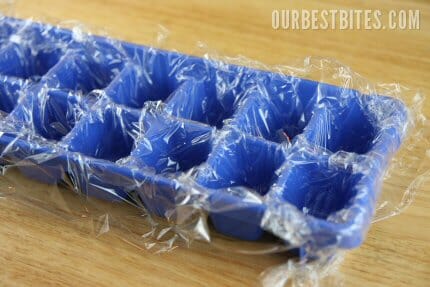 I really like to have my sauce and my peppers separated because I have a lot of recipes where I just use the sauce, and others where I use the peppers, and some where I use both.  But that’s just me.  So I remove the seeds from my peppers (because they pack a lot of heat) and place them in my food processor and leave the remaining sauce in the jar.  You could however, just pop the entire can in there. 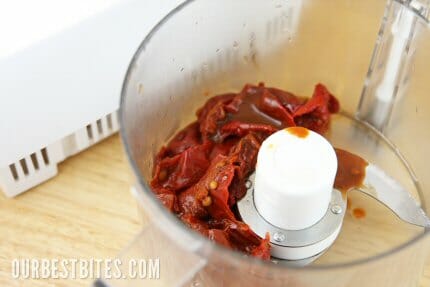 I pulse it a few times until they’re very finely minced.  Almost like a paste.  If you don’t have a food processor you could just use a knife here. 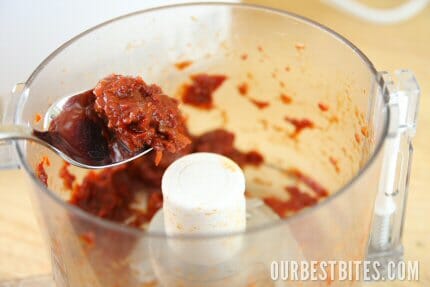 Use a teaspoon or Tablespoon to measure your sauce and/or peppers into the tray.  First I am putting the sauce in by Tablespoons, because I tend to use more sauce at one time than I do peppers. 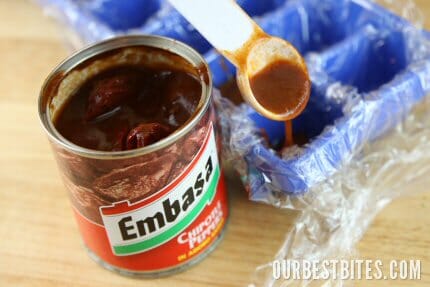 Then I put in the peppers, by teaspoons. 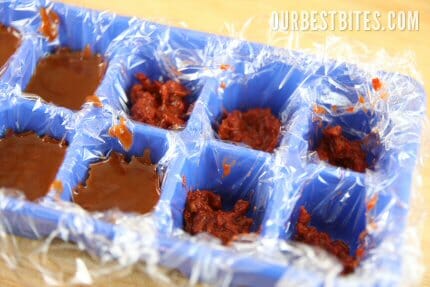 If you don’t have an ice cube tray, you can just use a plate.  Doesn’t work so well with plain sauce though! 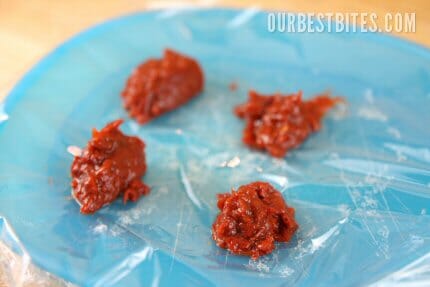 After the peppers are frozen, just lift them right out of the tray and wrap the plastic right up. 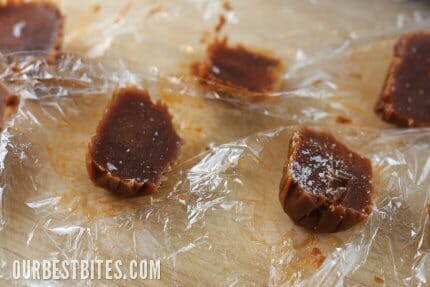 Place the plastic in a freezer bag or container and make sure to label what you did.  Now the next time you need a couple teaspoons of peppers, you’re ready to go! 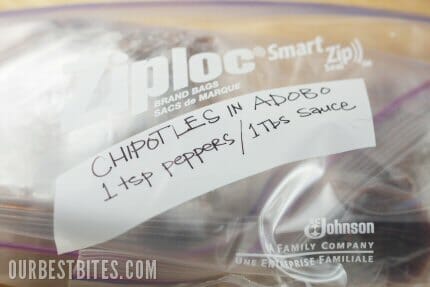 Now that my freezer is stocked, what can I use them in?

Here’s some of our favorites! 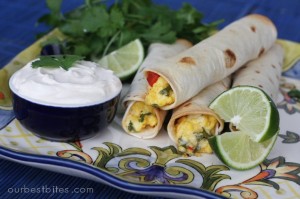 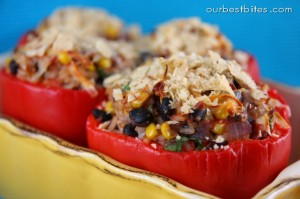 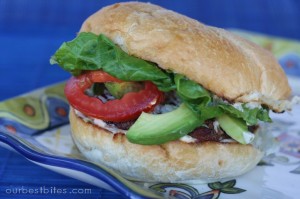 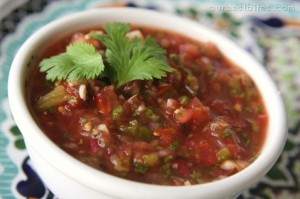 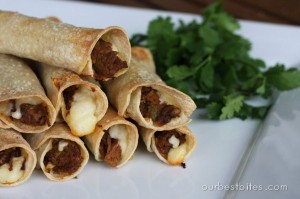 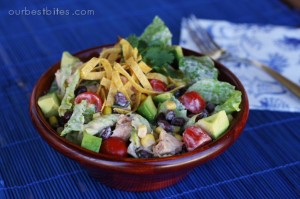 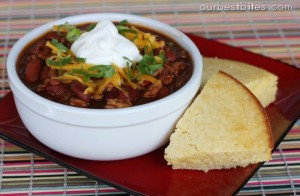 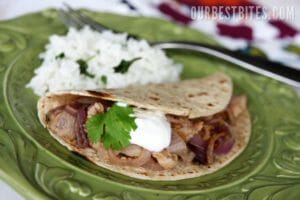