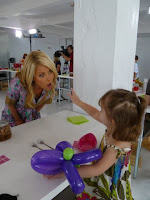 After we ate (or forgot to eat) our yummy little lunch, we were escorted into another room of the loft where Kelly Ripa, Stephen Bruce, and The Steely Seductor (the split refrigerator and freezer) were waiting for us. 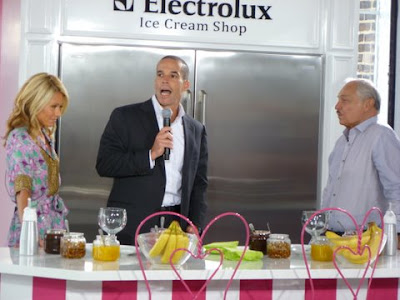 There were long tables set up and each kid had an ice cream-making station complete with a stool and an apron. As a mom, I was seriously impressed. I was also seriously impressed by the Candy Land atmosphere and the treats that were too pretty to eat. 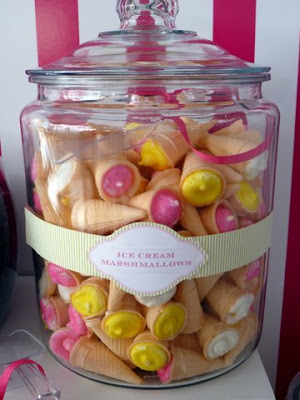 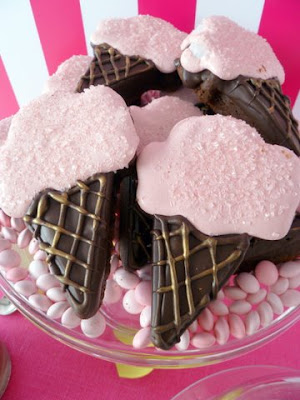 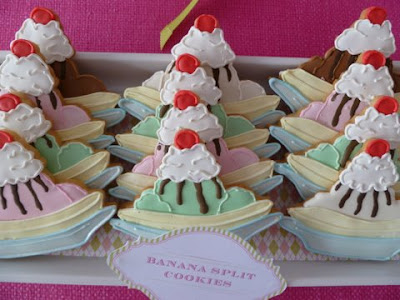 Seriously, I think I was so busy admiring how all the food looked that I kind of forgot to eat altogether at the event.

We were introduced to Kelly, Mr. Bruce, the Ovarian Cancer Research Fund, and the world famous Serendipity 3 banana split. Holy moly, that thing was a monster. A delicious, ice cream-filled, banana-clawed, chocolate- and caramel-covered monster. 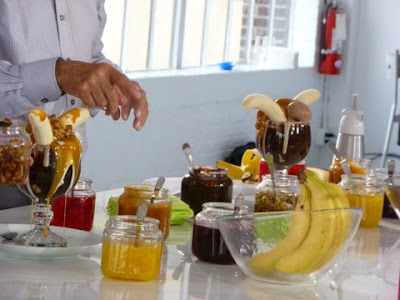 At that point, the kids all got the chance to make their own banana splits. While we were making them, Kelly walked around the tables. 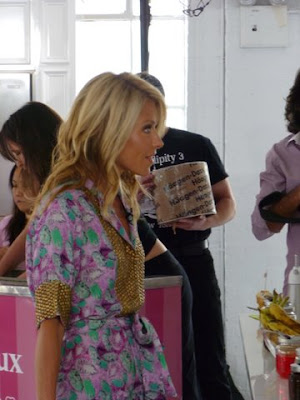 and really talked to all the kids. I was super surprised that my baby girl who is normally so shy was the one who actually talked to Kelly… 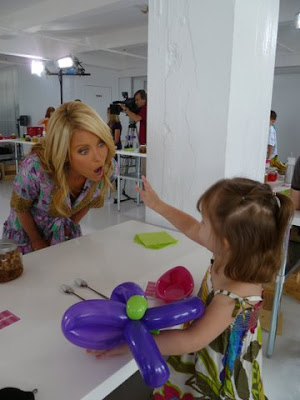 While my hilarious lady-lovin’ little boy couldn’t get a word out. Following a 5-year-old moment 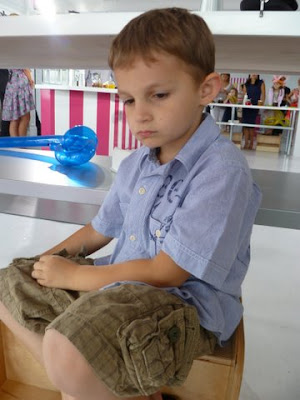 and a banana split… 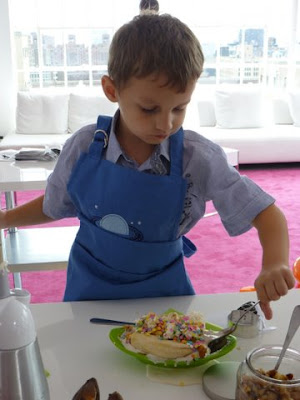 He decided he was ready to talk. 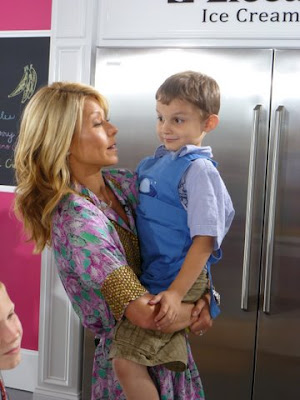 After we finished with the ice cream, we wandered back into the balloon animal/bubble party/food area (which, by the way, had some pretty amazing views!) 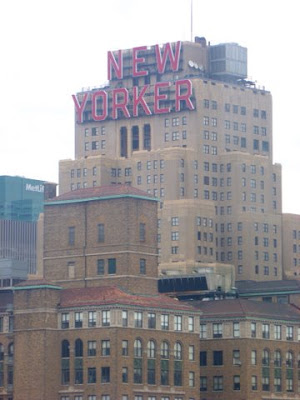 where the face painting re-commenced. I have to say I was super proud of my baby girl who waited a long time while quite possibly the most talented face painter in the world worked on all the bigger kids. I asked my daughter a few times if it would be okay if we didn’t get her face painted that day and she politely informed me that it would not. 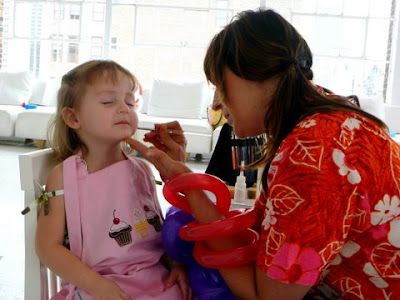 It was totally worth the wait. 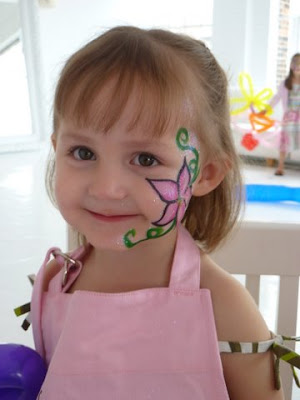 Since we weren’t going to miss our flight or anything, we just kind of hung out while Meredith got her face painted until we were the last people there, which would’ve been super awkward except for the fact that everyone was just so dang nice. 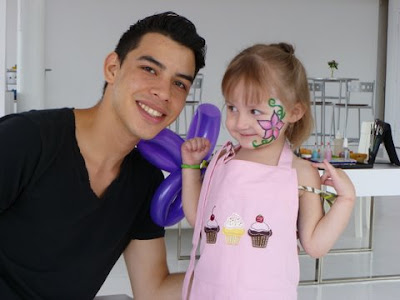 Sadly, we couldn’t stay forever, but we managed to snap a picture of my kids and I together before we hopped in the car to head home. No, I’m not sporting a crazy new ‘do, it’s just the wind… 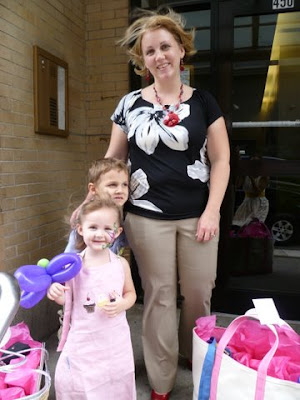 We truly did have the time of our lives and can’t thank everyone (again!) enough for the opportunity! We’re also so happy to be able to help support such a wonderful cause. Please visit (even if you have already!) Kelly’s site where you can make a virtual banana split. For every banana split that you make, Electrolux will donate $1 to ovarian cancer research. And after THAT, you can make Serendipity 3’s banana split (and then invite the neighborhood over to help you finish it off…)

Place the sundae ingredients in a large dish or goblet with the bananas sticking out of the top like horns (see, I told you this banana split was a monster!).

For the “Coward’s Portion,” use 1 banana, 3 large scoops of ice cream, 3 toppings, and whipped cream.