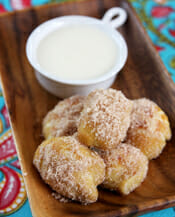 I have vivid memories from my childhood of running errands with my Mom, often at Bellevue Square Mall (oh how I miss that mall!) in my hometown.  It seems like we were always there doing something or other and even with my toddler-sized memories I can still recall the exact section of the parking garage we always parked in.  I think it had less to do with the layout of the stores we were going to and more to do with the fact that it was the closest entrance to Mrs. Field’s Cookies.  I can’t remember a single mall trip when we didn’t take a break for either a cookie (we both always chose White Chocolate Macadamia Nut) or a Cinnabon Cinnamon roll (always with extra frosting!)  Taking my own children to the mall with me is something I try to avoid at all costs, but sometimes it’s inevitable.  And when I do, we always stop for a treat.  Partly for nostalgia purposes and partly to keep their little hands and minds occupied in the stroller for more than 4 minutes so I can walk them into a store without them destroying it.  Mrs. Fields is a regular on our route, until recently when my kids discovered the pretzel shop.  And of course I’m super smart and let their first discovery of the soft and chewy carb dream be bite-sized ones covered in gobs of cinnamon sugar so now that’s the only kind they want.  Which means they’re covered in gobs of cinnamon sugar.  Any sane person would stop that habit right away, but not me.  Because I like to steal their pretzels.  My husband suggested we make them at home, so here we are.

These actually require very few ingredients and the payoff is huge.  It’s a perfect weekend baking project, so have fun!  Start by combining warm water, yeast, some sugar, and some salt in a bowl and let it sit until it gets foamy.  Remember, if your yeast doesn’t foam- it’s better to start over now, then ruin a whole batch of pretzels! 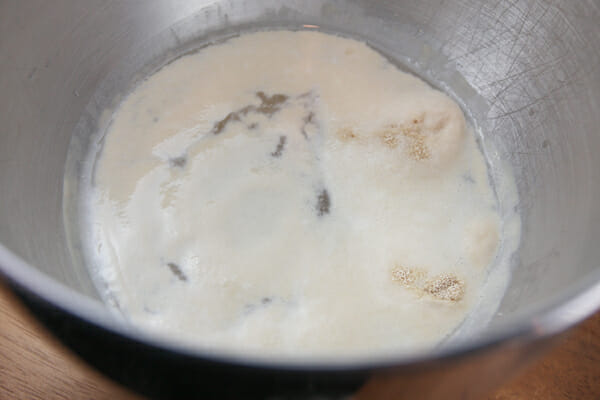 When the yeast is ready, add some all-purpose flour and melted butter. 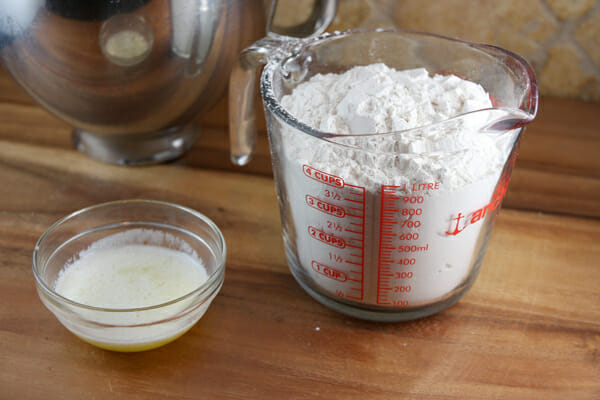 That’s all!  You’ll mix and knead and then let the dough rise until it’s nice and puffed. 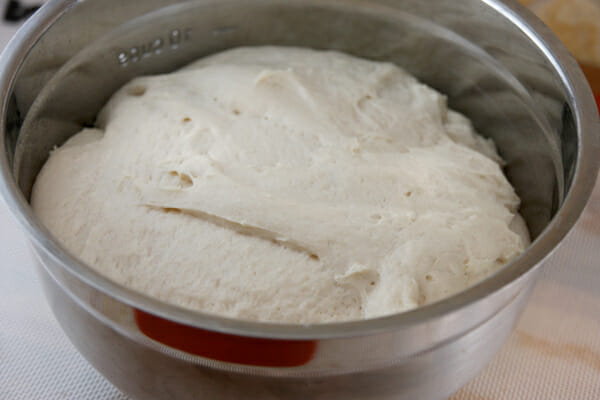 Now you have a few options.  Obviously you can make traditional pretzels.  Creating a pretzel shape isn’t complicated, 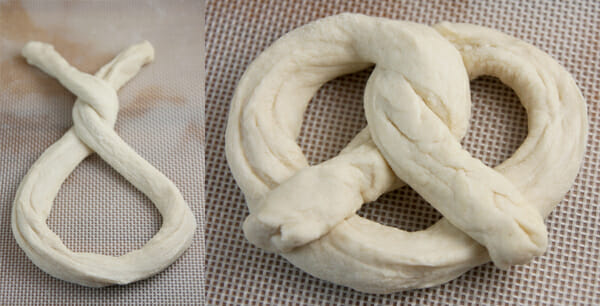 but don’t feel bad if it takes a few tries to get it right.  I should post a photo of my out-takes, they were sort of hilarious.  I kept my dough possibly a little too soft which made it hard to shape! Don’t worry though, they don’t have to be pretty to taste amazing.  I’ll show you another shaping option down below.

One step I admit I’ve skipped in the past is the boiling step.  Traditionally pretzels are given a quick boil in baking soda water, and it might sound like a hassle that you just want to skip over.  I’ve changed my ways after realizing that boiling step is what gives the pretzels not only their signature flavor, but also that perfect chew.  It doesn’t take long at all to fill up a pot of water and bring it to a boil, so don’t skip that step (you know, like I apparently skipped the pictures of it…)

The pretzels go straight from the water to a baking sheet where you can give them a little brush of egg wash and, if you’re going to leave them plain, a sprinkle of salt.  After they cook up golden brown I like to brush them with melted butter. 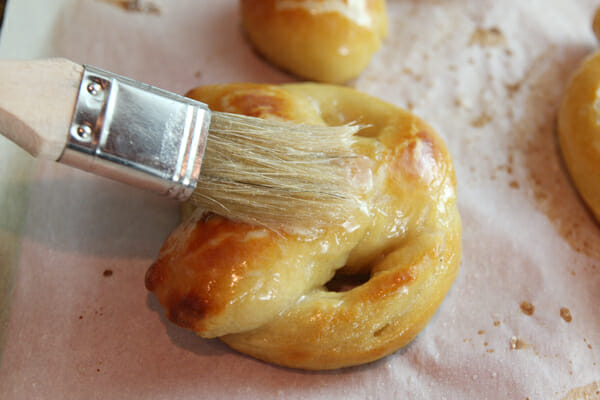 annnnd then dump them in a big bowl of cinnamon-sugar. 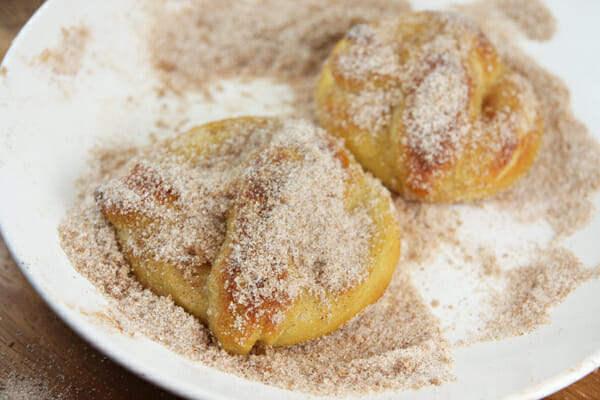 Holy smokes these are good. 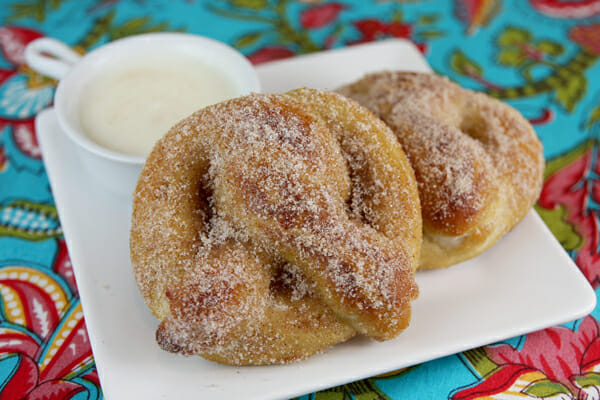 You must, must eat at least one (and possibly all) while they’re still warm.  The outsides have that slightly tangy chew and the insides are so tender and soft.  Perfection. 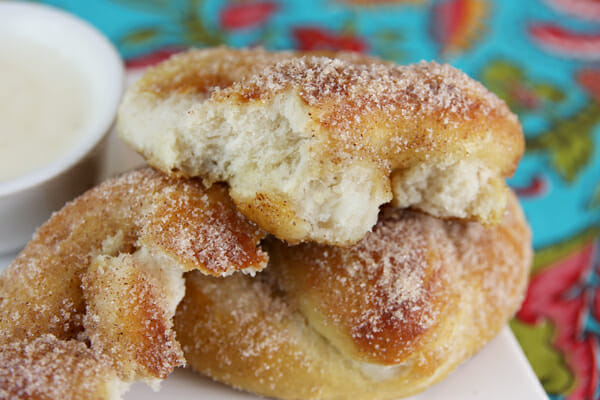 Now.  All that being said, I very rarely make these in big pretzel shapes.  At my house we make pretzel bites.  They’re quicker, easier, and more fun to eat. Instead of forming those ropes into pretzels, just slice them into 1-2 inch pieces.  Follow the same baking process and then make a “dip” (aka frosting) for dunking. 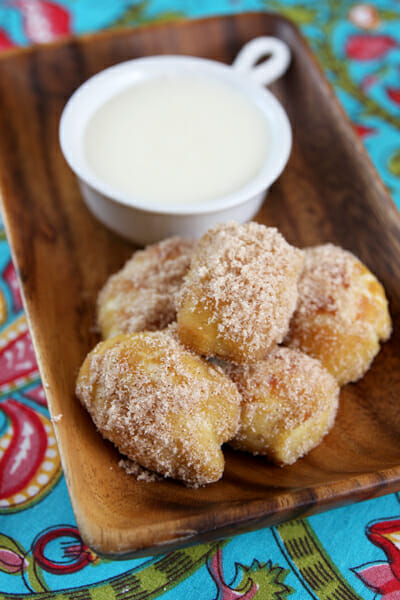