When cauliflower pizza crust first started making its way around the internet, I quickly dismissed the idea because clearly it was crazy.  Besides the fact that a bland colorless vegetable is no substitution for soft, chewy, carb heaven, I don’t even really like cauliflower (except roasted. In our garlic oil.  Then can eat 947 pounds of it at a time), so why would I ever disgrace the name of pizza with it? 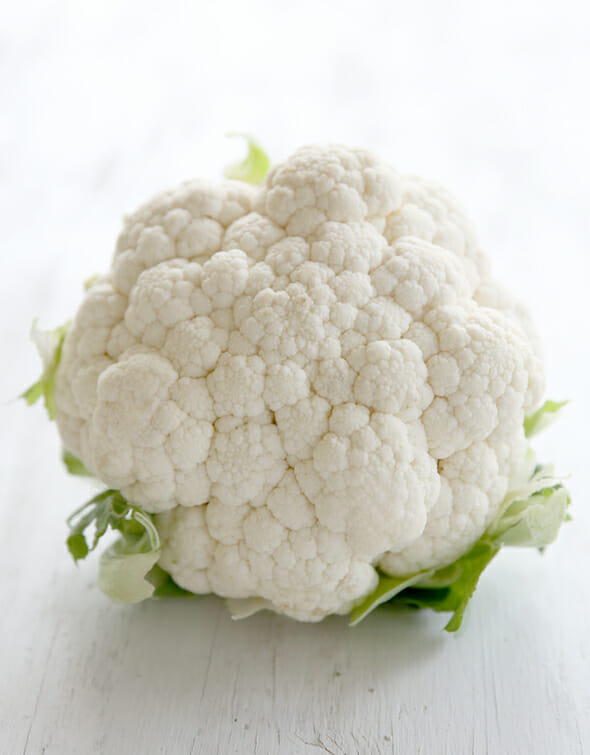 But then a saw a couple of my blogger friends comment that it was a hit in their homes and I became intrigued.  Still, I made it just for myself, because there was obviously no way anyone in my family was actually going to eat this.  But guess what?  They did.  My kids each ate an entire pepperoni cauliflower pizza. 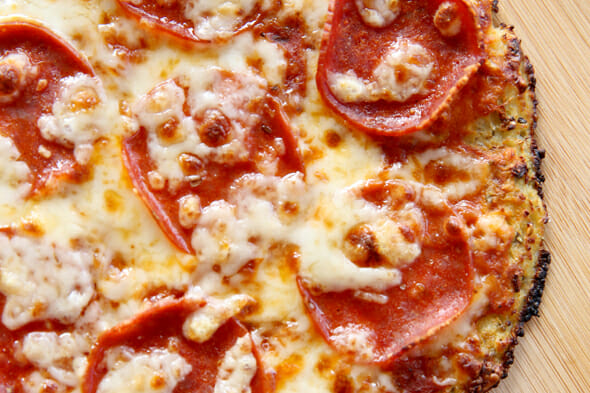 Now obviously this isn’t going to taste like bread.  Obviously.  But if you’re really trying to eat lighter, or you can’t have wheat and carbs for whatever reason, this is a pretty awesome little trick to have up your sleeve.  It’s definitely a different texture and flavor than actual crust so set your expectations accordingly and you might be pleasantly surprised.

So you start with some pulverized cauliflower. This is the same process as when you’re making cauliflower rice.  My food processor bit the dust, so I’ve just been using a standard cheese grater and it works great.  A high-powered blender like Blendtec or Vitamix works as well. 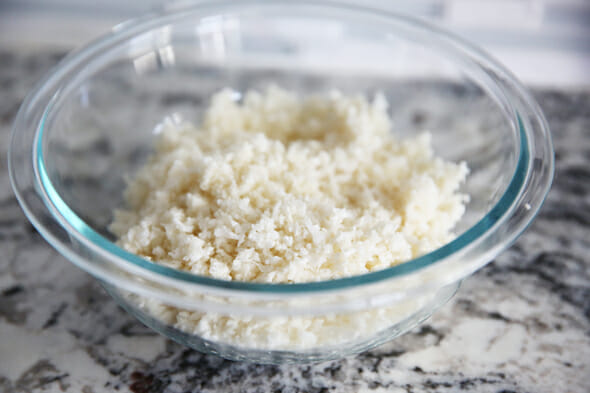 You’ll cook it in the microwave until it’s soft, and then press out the liquid.  It’s important that you really get out as much liquid as you possibly can so I put it in a fine mesh strainer and press the heck out of it with a spatula and then smash it with a few layers of paper towels as well.  I’ve noticed that sometimes I expel a huge amount of liquid, and sometimes hardly any at all, but give it a good press regardless. 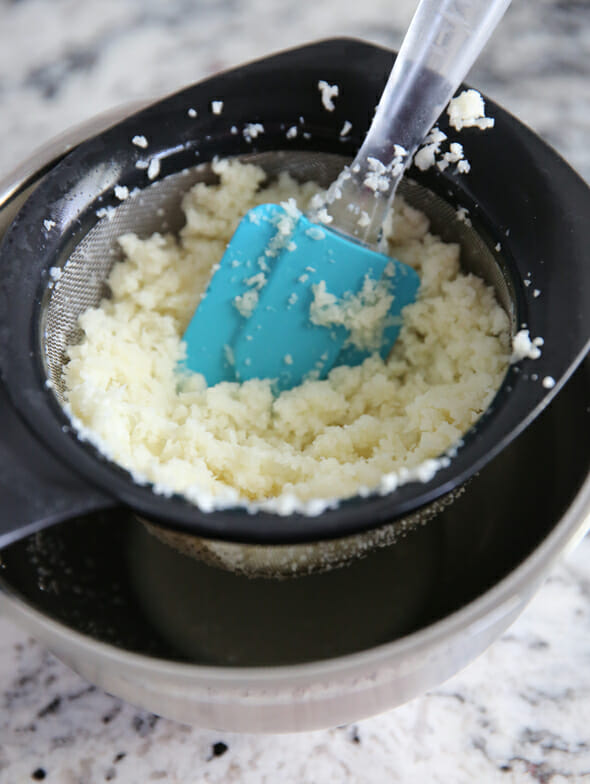 To that, we’ll add an egg, some cheese, and seasonings.  Now there are lots of recipes floating around the internet for this and they’re all basically the same, but the quantity of ingredients really vary.  The first recipe I tried called for over a cup of cheese, which in my opinion didn’t make this any less caloric than normal pizza crust!  It also made it taste like a souffle, which was weird.  I played around with the ratios until I got something I liked that cooked well, and used enough cheese for flavor and texture, without going overboard.  When I kept recipe hunting, I found my ratios were almost identical to this recipe, so I tried her seasoning mix and it was great.  She has a few more steps (and optional ingredients) if you want to check out her post. 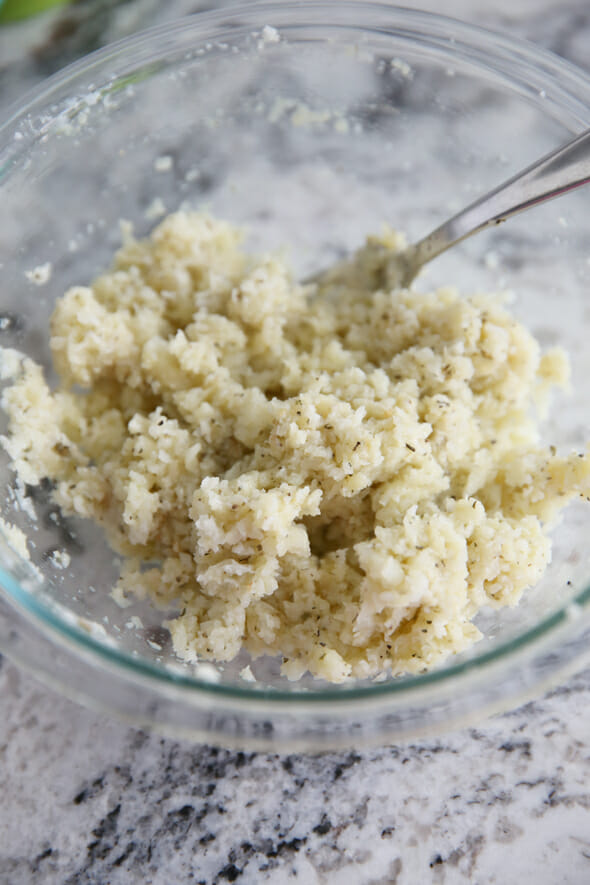 Once you have your mixture, you’ll press it into a flat pizza shape.  I’m making 2 small pizzas here. 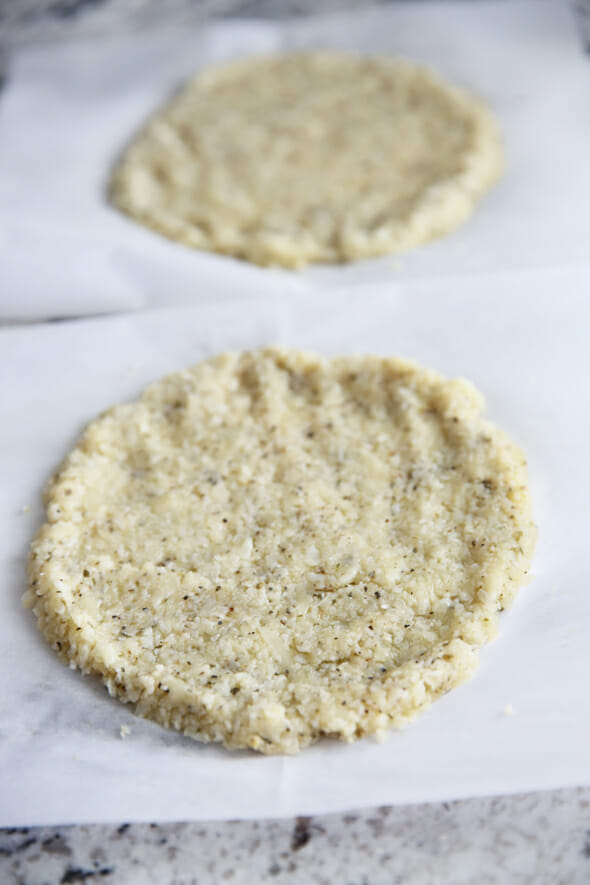 Then you’ll bake them in the oven until it’s really golden brown. 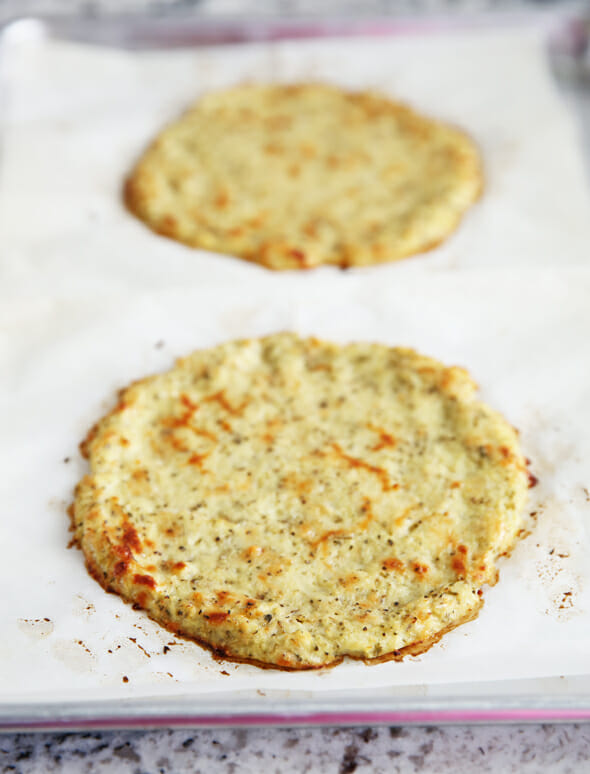 After that, you can top it any way you like.  My kiddos ate this turkey pepperoni and cheese pizza with no questions asked.  They knew it was obviously different, but they still ate the whole thing without complaint so I consider that a win! 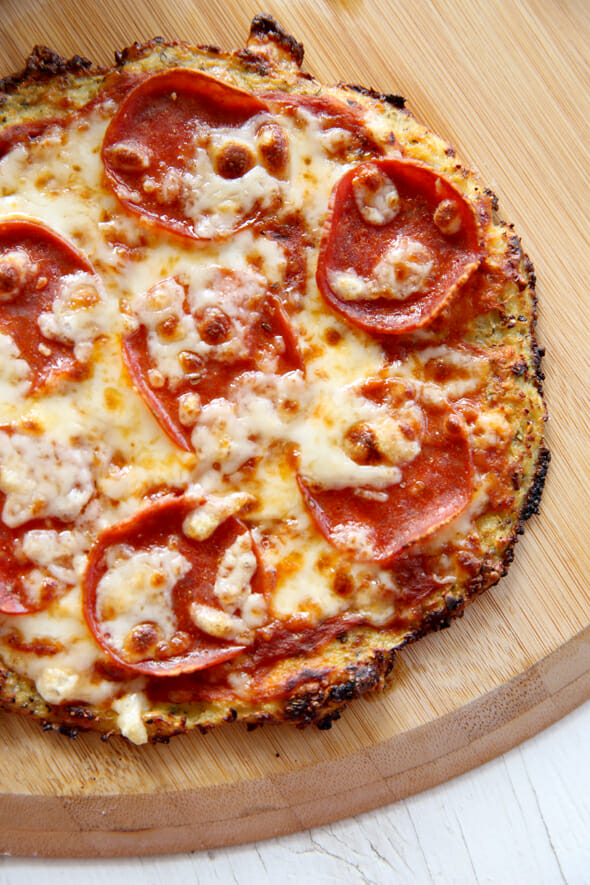 For my own pizza, I love the classic combo of sliced roma tomatoes, mozzarella, and fresh basil. 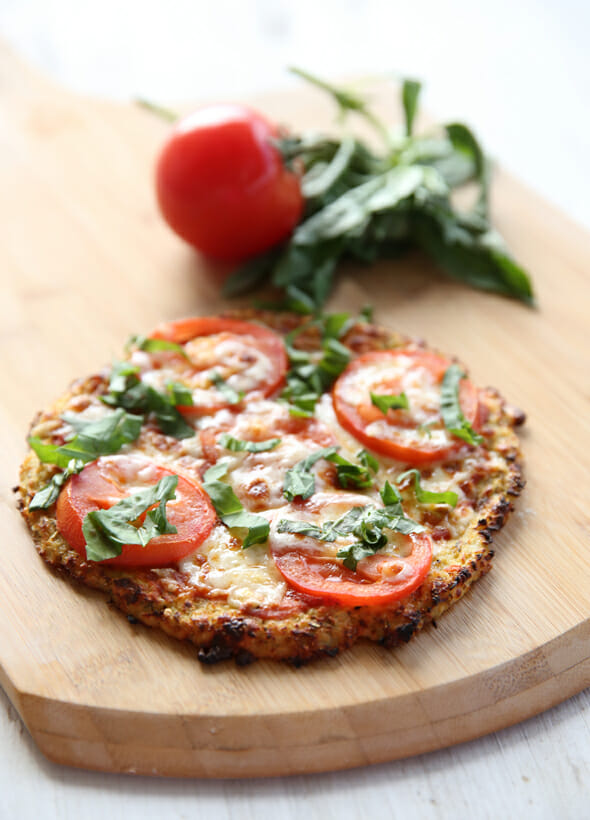 The secret that really makes it taste amazing is a little drizzle of our Dipping Oil right over the top! 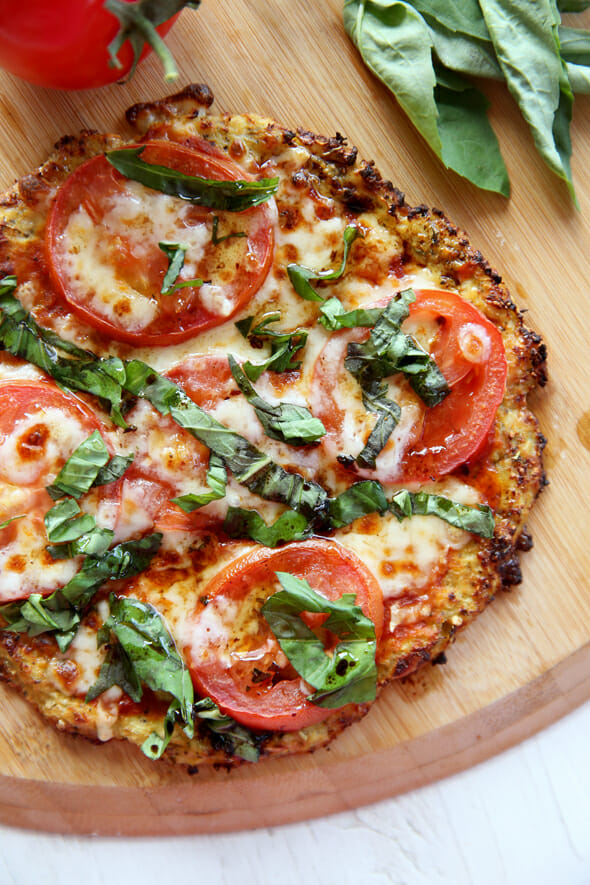 This sort of recipe is one of those ones that is in my opinion, all about the toppings.  If you taste the crust by itself, it’s okay, but what makes it taste great is adding on delicious toppings, and then it becomes a really low-cal carrier for all of that deliciousness.  So I do recommend using pizza sauce and flavorful toppings!

Have any of you tried cauliflower pizza crust?  Any tips or tricks you’ve discovered?