So when Sara and I discussed doing a week of tropical recipes, apparently that meant all things coconut. Really, this recipe is my brain spawn from June, the month of never-ending celebrations (remember that discussion?) My husband loves coconut. Everything coconut. He often makes or buys coconut cake for my birthday when in reality, I’m not the biggest lover of coconut cake. But I take that as a semi-subtle hint that maybe I should be less experimental for his celebration desserts and just give him coconut cake. That’s all he wants. Well, coconut cake and Legos (he also bought me Legos for our first anniversary...hint taken) 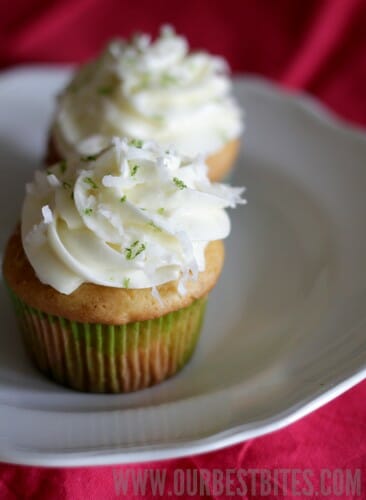 I did some soul-searching in an attempt to determine why I don’t always love coconut cake. Here are my conclusions:

1) Coconut cakes are often dry. I don’t know if the coconut soaks up the moisture in the cake or what, but it seems like, even among expert go-to bakers like Ina Garten, a common complaint of their coconut cakes are dryness.

2) Rum flavoring is often paired with coconut, but I don’t like the flavor of rum.

So I decided to use my go-to super-moist cupcake recipe and use my all-time favorite coconut combo: lime and coconut. For me, lime and coconut are the perfect pair. The apples to my peanut butter. The Lois to my Clark. The Tami to my Eric (y’all knew I had to go there.)

To make the cupcakes, preheat your oven to 350. Line 2 12-cup muffin tins with cupcake liners and set them aside. Then you’ll need a white or yellow cake mix (we swear up and down by Duncan Hines cake mixes), sour cream, 3 eggs, 1/2 cup oil, the zest of 1 lime, vanilla extract, coconut extract, and a cup of sweetened coconut flakes. 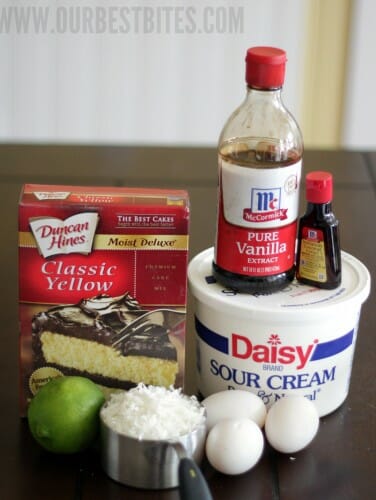 Combine all the ingredients except for the coconut in a large mixing bowl or the bowl of a heavy-duty mixer. Mix for 30 seconds on low or until the ingredients are more or less combined. Then mix on high for 3 minutes. Add the coconut flakes and mix until just combined. Distribute the batter evenly among the cupcake liners. 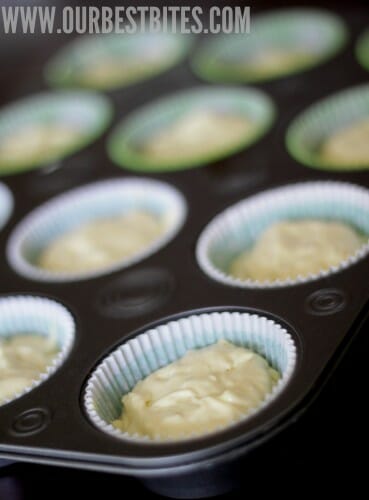 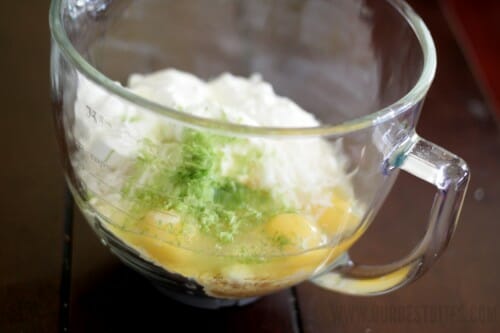 Bake for 16-22 minutes or until the tops are lightly golden and a pick inserted into the center of one of the cupcakes comes out clean. It’s reallyreallyreally important not to overbake these cupcakes because they will taste stale and dry, even straight from the oven. When they’re done baking, remove from the oven and cool completely.

To make the icing, combine 3 8-ounce packages of full-fat cream cheese and 3/4 cup (1 1/2 sticks) softened butter with an electric mixer until light and fluffy. Add 3 cups powdered sugar, the juice of 1 medium lime, and 2 teaspoons coconut extract. Mix until combined and fluffy. Transfer to an icing bag and swirl on top of the cooled cupcakes (check out this awesome tutorial on some of our favorite methods). Sprinkle with sweetened coconut and a little more lime zest. This makes 24 cupcakes (be sure to refrigerate any leftovers and eat them within 2-3 days).

Preheat oven to 350. Disregard the instructions on the cake mix box. Line 2 12-cup muffin tins with cupcake liners and set aside.

In a large bowl or the bowl of a heavy-duty mixer, combine all the cake ingredients except for the coconut. Mix on low for 30 seconds or until all the ingredients are roughly combined and then mix on high for 3 minutes. Add the coconut and mix until just combined.

Evenly distribute the batter among the lined muffin tin. Bake for 16-22 minutes or until a pick inserted into the center of a cupcake comes out clean and the tops are very lightly golden. Be SURE not to overbake these cupcakes because they will taste stale. Remove from oven and allow to cool completely.

While the cupcakes are cooling, prepare the frosting. Combine the cream cheese and butter in a large bowl or the bowl of a heavy-duty mixer. Whip until light and fluffy. Add remaining ingredients and mix until well-combined. Transfer to a piping bag and swirl the icing over the cooled cupcakes. Garnish with a sprinkling of coconut and a little lime zest. Cover and refrigerate any leftovers. Makes 24 cupcakes.