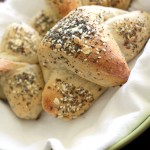 Sometimes when Sara and I are together and meet people who don’t know us as individuals, they comment on how different we are personality-wise, but how they can tell that we really click. Of course, we know this better than anyone, but sometimes I wonder how exactly we come across to other people. I don’t wonder enough to actually ask them because, since I’m the slightly neurotic one in our relationship, I’m convinced that they’re going to say mean things about me. But I still wonder.

However, I can tell you that from my perspective, I’m definitely the nerdy one. I say that with pride. I own it. Back when I was 10 and the girls in my neighborhood were mean to me, I wished I was anything but nerdy, but these days, I’m completely happy to be a nerd (and to be married to one). I’m the one with the Lord of the Rings references and the tribute to Harry Potter and the Tim Riggins Valentines (my level of devotion to Friday Night Lights is definitely indicative of my nerdiness).

So…yeah. The Hunger Games is right up my obsessive alley. It seems like I read the series in the midst of some minor life crisis–I read them when we were turning in the final manuscript for our first book, then I read them again when my husband was in the hospital for a week last year, and now I’m reading them again as we turn in the final manuscript for our second book. Plus, in case you’ve been living under a rock, the first movie just came out, which only feeds my “problem.” Yeah, I saw it twice in less than a week. And I felt kind of embarrassed about it until I came home and found my husband listening to variations of the same Adele songs in his office and then I felt a little silly for both of us.

I know there’s a lot of controversy surrounding the books and movie and I don’t really want to get into it other than to say that I realize the subject matter is not everyone’s cup of tea, but that doesn’t make them “bad” in a moral sense. Also, when it comes to popular literary heroines, I think Katniss is someone I’d be friends with in real life. It’s also pretty likely that I would unfriend Bella on Facebook (or at least hide her so I could avoid her 6 posts a day documenting the interior monologue running through her brain, but check in from time to time and then feel bad to realize I was only looking at her Facebook page to feel better about my own life choices).

Given the title, it’s not shocking that one of the recurring themes in The Hunger Games is food. There’s lots of talk of food, the excess in the Capitol, the starvation in many of the other districts. I loved hearing about all the regional foods, the things people made with what was available to them. And one of my favorite scenes in the book was when Katniss, who was hungry, tired, and heart-broken in the games, received a gift of warm, fresh bread from District 11, which was the agricultural district. It was a hearty bread made with whole grains and seeds, formed in the shape of a crescent. While I knew it could be hard to recreate the lamb stew with dried plums that appeared again and again in the books, I was pretty sure I could make me some District 11 Bread. Plus, I saw on Facebook that my sister-in-law Stephanie (of Peter’s Lasagna fame) made Hunger Games bread and I wanted to be awesome like her. 🙂

Pour the sugar into the water…

and mix, then sprinkle the yeast over the sugar/water mixture.

and then let it hang out for about 10 minutes or until it’s light, bubbly, and frothy. As always, if your yeast doesn’t look like this:

start over. It’s so, so, so much better to have to repeat that particular step than to realize in two hours that your bread isn’t rising and then feel compelled to write me a really mean email.

While the yeast is proofing, measure out 2 tablespoons each of flax seed, sesame seeds, poppy seeds, and unsalted, shelled sunflower seeds. You can also use 2 tablespoons of ground flax, it just depends on your personal preferences.

Combine the seeds in a small skillet…

and toast, stirring frequently, over medium heat until they are fragrant and the sesame seeds are starting to turn light brown. If you hear popping, definitely remove from heat ASAP.

and combine it with the toasted seeds.

Add the whole wheat flour mixture to the yeast/buttermilk mixture and mix well. Using 1/2 cup of bread flour at a time (yes, you need to use bread flour; it has a higher protein content that will help your bread rise and bake properly), add enough bread flour so that the dough comes together in the middle and barely sticks to your finger (about 2-3 more cups). When the dough has reached the desired consistency, allow the machine to knead it for 5 minutes.

While the dough is kneading, spray a large glass or metal bowl with non-stick cooking spray. When the dough is done kneading, turn it into the prepared bowl and cover with a clean dish towel. Allow it to rise until doubled, about 1 hour.

When the dough has risen, transfer it to a lightly floured (or sprayed-with-cooking-spray) surface and divide it into equal halves. Roll each half into an even circle about 12″ in diameter and 1/4″ thick (or a little more).

Using a pizza wheel or a dough cutter, cut the dough into 8 equal wedges.

Starting with the wide end, roll the dough down to the point and place on a Silpat- or parchment-lined baking sheet. Curve into a crescent shape.

Repeat with remaining dough pieces (you’ll make 2 pans). Cover with a clean dish cloth and allow to rise until doubled, about 45 minutes.

Also, mix an egg white with 2 tablespoons cold water and set aside. Preheat oven to 375.

When the rolls are done rising,

carefully brush them with the egg white mixture and then sprinkle the seed mixture evenly over the rolls.

Bake in the preheated oven for 13-15 minutes or until golden brown on top. If you have one oven (like me and most everyone else reading this recipe), you can either bake them one sheet at a time (I recommend that; weird things happen when you start crowding your oven) or you can rotate the baking sheets halfway through. Allow to cool slightly and then eat with butter while they’re still warm.

P.S. If you haven’t entered our Bosch mixer giveaway, head straight over HERE right now. Not trying to be bossy or anything. Also, if you’ve already entered, you can get another entry by becoming a fan L’EQUIP on Facebook. Then head back over to the giveaway post and tell us that you’re a fan of L’EQUIP on Facebook–don’t leave the comment here because you may be flogged and your comment will be deleted.

In a small bowl or larger liquid measuring cup, combine the warm water and the sugar. Sprinkle on the yeast, stir to combine, and allow to stand for 10 minutes or until frothy.

While the yeast is proofing, combine 2 tablespoons of each of the seeds in a small skillet, reserving 1 tablespoon each of sesame, flax, and sunflower seeds and 1/2 tablespoon of poppy seeds (you’ll use these later to top the rolls). Toast over medium heat, stirring frequently, until fragrant and the sesame seeds start to turn a light golden color.

In the bowl of a heavy-duty mixer, combine the buttermilk, melted butter, honey, and salt. Add the yeast mixture and mix well. In another bowl, combine the whole wheat flour, vital wheat gluten, and the toasted seeds and then add to the yeast mixture and mix well. Add 2-3 cups of bread flour 1/2 cup at a time, until the dough pulls away from the sides of the bowl to the center and it barely sticks to your finger when you touch it. When you reach that point, allow the mixer to mix it for 5 minutes.

While the dough is kneading, spray a large glass or metal bowl with non-stick cooking spray. When the dough is done kneading, turn the dough into the bowl and cover with a clean dish cloth. Allow it to rise in a warm place until doubled, about 1 hour.

While the dough is rising, lightly flour a work surface (or spray with non-stick cooking spray). Line 2 baking sheets with Silpat liners or parchment paper and set aside.

When the dough is done rising, transfer it to the work surface and divide it in half. Roll each half into a circle about 12″ in diameter and about 1/4″-1/2″ thick. Using a pizza wheel or a dough cutter, cut the dough into 8 equal wedges. Starting with the wide edge of each wedge, roll down to the point. Place on the prepared baking sheet and then form into a slight crescent. Repeat with remaining dough pieces. Cover and allow to rise until doubled, about 45 minutes.

When the dough has about 10 minutes left to rise, preheat oven to 375. Whisk together the egg white and water. Mix the reserved seeds and the oats in a small bowl. When the rolls are done rising, carefully brush the tops of each of them with the egg white mixture. Sprinkle evenly with the seeds and bake for 13-15 minutes or until golden brown on top. You can either bake them one sheet at a time (I recommend that) or rotate the sheets halfway through the baking time. Serve warm (if possible) with butter. Makes 16 rolls.