So a long time ago in a galaxy not-so-far away, I mentioned that I had a recipe similar to Cafe Rio’s (or Costa Vida’s) green enchilada sauce. If you’re not familiar with Cafe Rio or Costa Vida, they are Mexican restaurants that serve fresh Mexican food heavy on the lime, cilantro, and garlic. Sounds right up our alley, right? Right. Love Sara’s Creamy Lime-Cilantro Dressing? Yeah, it tastes just like the dressing served on their oh-so-delicious salads.

Well, since then, we have been bombarded with emails for requests for this sauce. I love it on a lot of things, and I’m saving those specific recipes for something coming a little later, but you can drizzle it over Taco Chicken, grilled pork tenderloin that you’ve seasoned with Mexican spices and grilled or sauteed, or Lime-Chili Rubbed Steak that’s been folded into our Homemade Tortillas and served with Pico de Gallo and Guacamole. Or you could make Cafe Rio-style burritos by rolling any combination of Quick and Easy Black Beans, Lime-Cilantro Rice, with some of the meats I mentioned earlier. Arrange the rolled tortillas in a baking dish, smother the entire top with this sauce, then sprinkle with Monterrey Jack cheese and bake at 350 for about 15-20 minutes or until the cheese is melted and the sauce is bubbly.
So this recipe uses tomatillos as its base. No idea what a tomatillo is? No worries! Tomatillos are small, inexpensive little things that look like green tomatoes, except that they’re in husks. 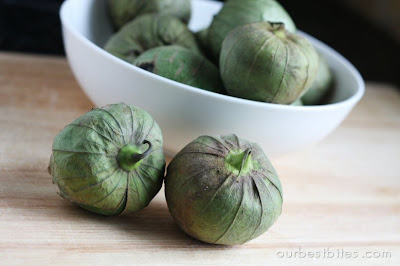 You generally find them near things like jalapeno peppers and cilantro at the grocery store.
If you’ve never cooked with them before, you’ll probably find them a little weird. I did for SURE the first time I ever used them. Although they look like tomatoes, they have a completely unique texture. Also, they can be kind of (or really) sticky once you get the husk off. You’ll probably want to buy a little more than the recipe calls for because a) some of the weight will come off with the husk and b) you might find some nastiness under some of those husks and will have to throw some out. But assuming you’ve got some good ones, all you have to do is remove the husk, rinse them in cool water, and chop them in half (at least for this recipe. And I don’t recommend eating them raw, by the way.) 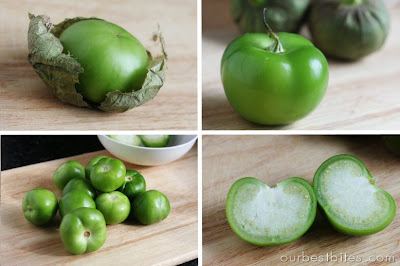 One other interesting thing about tomatillos is that they have a distinct lime flavor. This recipe has no lime in it, but it definitely tastes lime-y.

This recipe makes a lot. Like…definitely enough to keep some in the freezer for enchilada sauce emergencies in the future. But if that doesn’t interest you, it’s really easy to half the recipe. 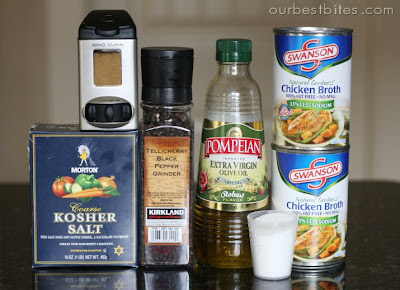 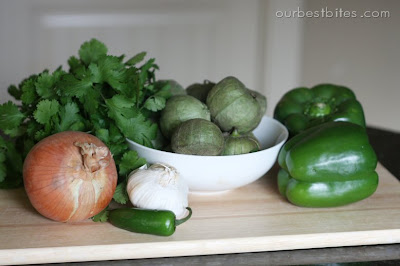 Believe me, this is way better than anything you’re going to get from a jar. I promise you that because I’ve tried them all in various attempts to simplify my way-too-complicated life. Being spoiled with great Mexican food can be a burden, I tell you.

You chop up those onions and garlic. Lots of garlic. 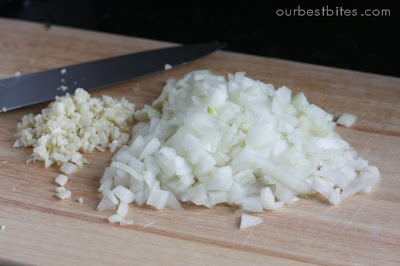 And saute them in some hot olive oil. While they’re cooking, you blend together the tomatillos, cilantro, green peppers, and jalapeno peppers in your blender. 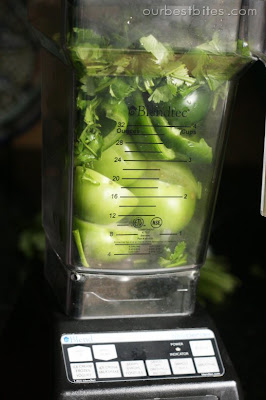 If you’re worried about the heat from the jalapenos, this sauce really isn’t super spicy–probably a good, solid “medium.” That said, I always remove the seeds and membranes from inside the peppers because that’s where the majority of the heat is contained. If you want things on the mild side, only use one or even no jalapenos. For more info on jalapenos, check out this post.

After you’ve blended the tomatillo mixture, add it to the sauteed onions and garlic 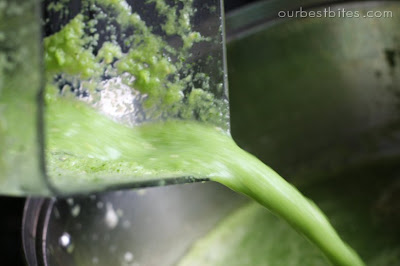 and stir in the spices and chicken broth. 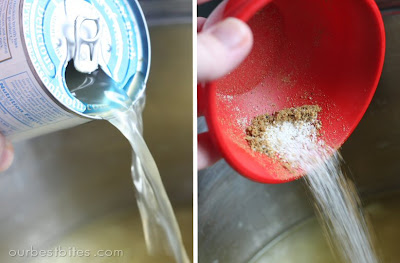 How long you simmer this depends on your needs/tastes. If you want a thin sauce that you can dip chips in or if you just prefer it that way, you might only simmer it for 15 minutes or so, whereas if you want a thicker sauce or need it to be thicker for something like tacos, then it might be closer to an hour. I actually just turn the heat to high, leave it uncovered, and simmer it like crazy, stirring it often, and it cuts down on the time considerably. You can also cook it all day in a slow cooker if you want.

After you’ve simmered it long enough to reach the desired consistency, remove from heat and use it however you want! 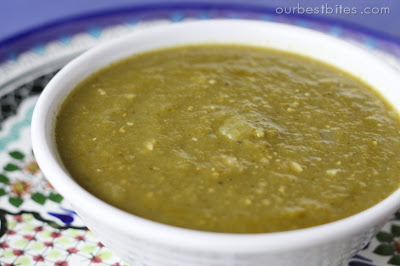 Like this. Seriously, my mouth is watering just thinking about these tacos… 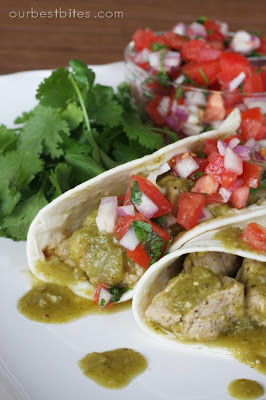 In a large saucepan or stock pot, heat olive oil over medium heat. Saute onions and garlic until tender and fragrant.

While onions are sauteeing, combine tomatillos, green peppers, jalapeno peppers, and cilantro in your blender. Process until smooth; you may have to do it in batches and/or add some chicken broth to make things blendable.

Pour the tomatillo mixture over the onions and garlic and add chicken broth, salt, pepper, and cumin. Simmer 15 minutes-1 hour, depending on the consistency you want. I usually turn the heat to high and boil it uncovered until I reach the consistency I want; it makes things go a lot faster. The sauce can also be simmered in a slow cooker all day.

Serve over tacos, as an enchilada sauce, inside burritos, or as a dip for chips.