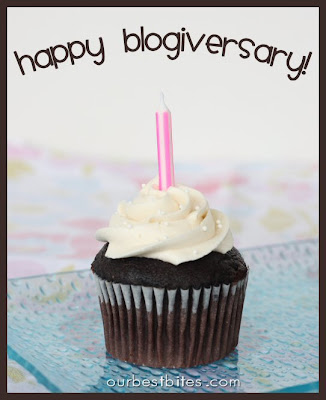 Hey, guess what?  We’re having a birthday!  We can’t believe we’ve been at this for two whole years now.  On the one hand, it’s gone by in a flash and on the other, it seems like it’s been a part of our lives forever.  Either way, we’re so thankful for all of you who have helped turn this little home-spun recipe sharing platform into a full-on food blog with thousands of readers.  We know a lot of you feel like you “know” us, and we feel like we know you too!  We’ve had so many exciting things happen over this past year, some we have yet to share with you (but get excited, they’re big!)  And others you’ve enjoyed right along with us.  Thanks for your emails, your comments, and your daily support.  We swear we have the best readers in the blogosphere and we love you!  We’re going to keep working hard this coming year to always keep your tummies happy!

To celebrate our big day we’ll be doing some yummy birthday-ish things this week and I thought I’d start us off with this tutorial.
I’ve always been afraid of Swiss buttercream.  Really.  It seemed complicated.  And eggy.  (Have I ever mentioned I hate meringue?)  But when I was looking for something particular recently my friend Krista suggested I try it.  She sent me this video link which made it seem totally doable.  I’m so glad I tried it because it’s amazing.  (And it’s not eggy at all.)  Many of you have fallen in love with this flour based frosting, which I discovered is very similar in taste and texture to Swiss Buttercream.  The Swiss Buttercream however, is much more decadent and also much more stable.  Try adding in things to that flour frosting and you’ll be set for disaster.  But to Swiss Buttercream you can add chocolate, fruit puree, and all kinds of other things with beautiful results. You can also store unused Swiss Buttercream in the fridge.  I still make the flour frosting a little more often because I think it’s easier and cheaper, but for special occasions, it’s Swiss Buttercream all the way.
If you don’t know, there are a few different types of meringue buttercreams.  The most common are French, Italian, and Swiss.  They are all basically variations of the same process involving sugar, eggs, and butter.  I think Swiss is the easiest.  It involves cooking eggs and sugar and then beating them with butter.  This type of icing is the choice of professional cake decorators around the world, so you know it’s going to be good.  I will tell you right now that this frosting is for butter lovers.  If for some crazy unexplained reason, you don’t like the taste and and texture of real butter, this isn’t going to be your thing.  Consider yourself warned!
Things like this are so much easier when someone walks you through it, so let’s get started!
1.  You’ll need to start with a double boiler.  If you don’t have one, you can easily construct one.  You just need a pot on the bottom to hold water and a bowl on top that can sit in the pot, but not touch the bottom.  If you have a round-bottomed KitchenAid bowl, just use that. 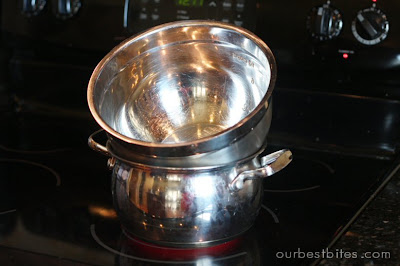 2. Once the water is boiling in your double boiler, add your egg whites to the bowl. 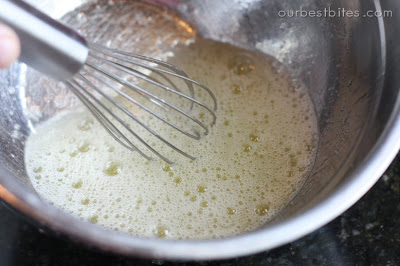 3.  Add in the sugar and start whisking. 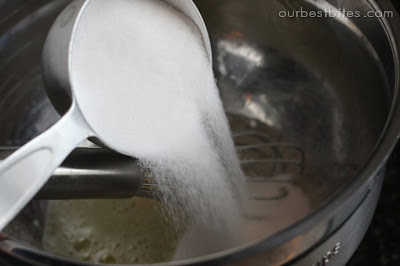 5.  You’ll want to cook this mixture to 160 degrees.  160 is the magic number because that’s the point where the sugar will be dissolved.  Eggs need to be cooked to 140 degrees in order to be safe to consume, so cooking them to 160 covers that too.
Your mixture will be nice and frothy looking.  If you don’t have a thermometer, just use your fingers to see if the sugar is dissolved.  If it is, then you’ve cooked it long enough.  It should only take 3-5 minutes. 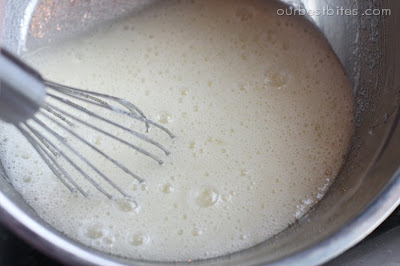 6. Transfer this mixture to a stand mixer.  And no you will not want to attempt this with a hand mixer!  Use the whisk attachment to whisk the egg/sugar mixture until it cools and glossy peaks form.  It will probably take about 10 minutes. 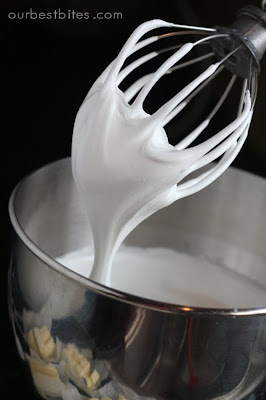 7.  Now it’s time to add the butter.  (Did I mention the finished product pretty much tastes like sweetened butter? Ya, yum.)  You’ll want your butter to be at room temp and chopped up into cubes. 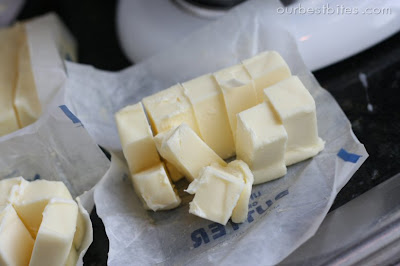 With the beater going, add the butter a few chunks at a time 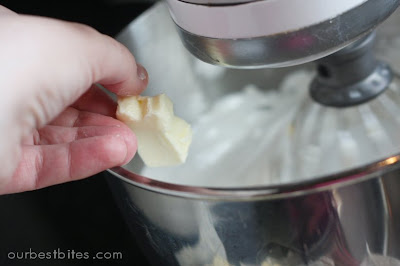 8.  Once the butter goes in it’s very common for the mixture to curdle and look like a complete disaster- the same way the flour frosting does.   KEEP BEATING!  It will come back together.  It can take a while, sometimes you have to beat the mixture for about 12 minutes.  After it comes together it will look beautiful and fluffy, and heavenly smooth.  Add in the vanilla and beat briefly to combine. 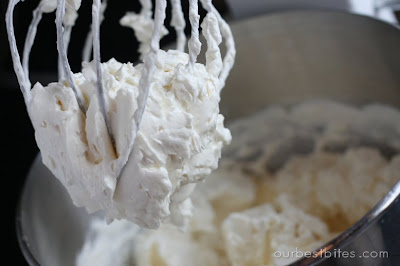 When you’re all done, you can frost away!  This frosting works great for piping.  Just know that because of the high butter content, it will melt like ice (or faster!) in high heat.  So if you’re having an outdoor summer bbq party I wouldn’t recommend it! 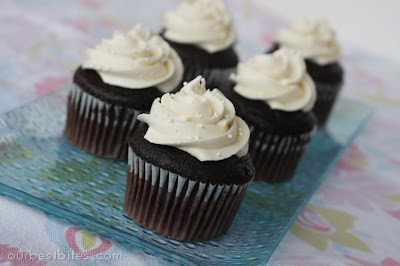 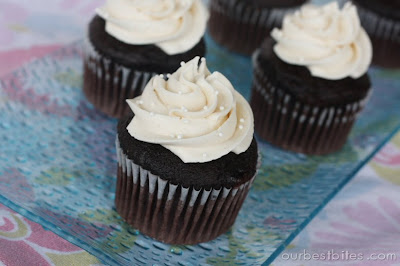 There are a gazillion recipes for Swiss Buttercream out there and they are all very similar.  You can find one from a source you trust and take it from there.  There was one linked in the video I provided earlier, and this Martha Stewart recipe is also really popular.  The  recipe below is a combination of a recipe found on the food network and many others I researched.

*You could probably get away with only 3 sticks of butter if you wanted to.  The finished product is *very* buttery, so I’ve been meaning to give it a shot with a little less butter and see if it turns out okay.

This recipe makes a large batch that’s enough to generously frost a 2 layer 9″ round cake.  It could easily be halved.

Whip sugar and egg whites together in a double boiler until the temperature reaches 160 degrees F and sugar is dissolved.

Transfer mixture to the bowl of a stand mixer. With the whisk attachment, whip until mixture is cooled and soft, glossy peaks form, about 10 minutes.  Add butter a few pieces at a time until incorporated.   Don’t panic if mixture appears curdled.  Continue beating until butter is incorporated and frosting is fluffy and smooth.  It can take 8-12 minutes.  Add vanilla and beat until incorporated.

To limit air bubbles, switch to paddle attachment and beat at the very lowest speed for 5 minutes.

Storage: After decorating with frosting store cake/cupcakes at room temperature.  To store for future use, place in an airtight container and store in the fridge.  When ready to use, bring to room temperature and beat until light and fluffy.