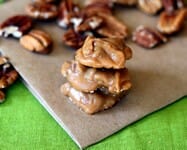 I kind of can’t believe that we’ve lived in Louisiana for almost 5 years. In some ways, it feels like we just barely moved here and in others, it feels like so much life has happened here–when we left Utah, my daughter was a baby, just a little bit older than Baby Willbo is now, and my oldest son had just turned 3. Since we’ve lived here, Sara and I started this little cooking blog, 2 kids have made it through 2 years of preschool, we’re in our 3rd year of elementary school (and our first year of having 2 in elementary school), we’ve lived in two houses (including the first house we bought), we’ve owned 2 cats (not at the same time…Hoarders has instilled in me a strong sense of solitary feline companionship), 1 dog, remodeled a kitchen, and had a baby. Plus a million other things. For better (and sometimes for…not better), this has become our home, full of roots and friends and history, people who know us and wave while we’re driving or stop to talk in the grocery store or the halls of school. Because no matter how much I complain about the heat or the bugs or the lack of seasonal diversity, when we leave (a hypothetical someday leaving…we don’t have any plans to go anywhere soon), I will miss it. Because of the friends and the food. And, if you’ve lived in the South, you know that the two are intertwined.

If you get one homemade treat at Christmastime in Louisiana, it’s probably going to be a praline. And if you call it a “pray-leen” within earshot of anyone from here, you will be mocked mercilessly because it is apparently pronounced “prah-leen.” But since I can’t call it a prah-leen without feelings of wrongness climbing into my throat, whenever I’m around native Louisianans, I try to do everything I can to just not say the word at all.

Now…here are a few facts about making pralines. And many of these facts are applicable to all homemade candy, but I have pralines on the brain.

1) There are a few simple ingredients and the instructions are short. Don’t be deceived. What starts out as what you think will be simple, harmless fun could end up going on for hours. And you can’t leave, because those are the rules of candy.

2) Altitude and humidity can impact your results. Higher altitudes may need to cook things a touch longer than lower altitudes. Don’t try to make these if it’s raining or snowing or overly humid outside–they won’t set up.

3) Sometimes candy just doesn’t work out. And it SUCKS, because you spent all this time and money on something that flops, but such is life when you try wild and crazy adventures like making candy. I have this incredible toffee recipe, but it fails about 50% of the time and I don’t know why. Whenever we post candy recipes, we get a lot of angry or frantic comments or questions because their candy didn’t work out. And the truth is that while sometimes the answer is that you used the wrong ingredient or your candy thermometer is off or it’s a monsoon outside or your altitude is off-the-charts high, there are things I can’t explain. If I can’t explain why my daughter felt compelled to hide a Ziploc baggie full of pickles under her bookshelf, I sure as heck can’t explain why some people’s candy didn’t work. Rest assured that until my candy sets up, I’m crossing my fingers and toes that everything turned out okay because I’ve had my share of flops, too. Usually, the best solution is try and remember what you did and do things slightly different the next time. If there is a next time.

Don’t get me wrong–making homemade old-fashioned treats can be really fun and rewarding, but it’s like when you’re at Disney World and they tell you it’s going to be a 35 minute wait and you’re on the ride in 10 minutes. If I tell you everything that can go wrong and you’re wildly successful, then we’re all happy. And if it goes south, you can’t say I didn’t warn you. 🙂

Anyway. Pralines. You’re going to need a quart of heavy whipping cream, a pound of sugar, a tablespoon of corn syrup (light or dark, doesn’t matter), 1 1/2 cups of chopped pecans, and the zest of 1 orange. The orange zest is optional, and you’re not going to find it in traditional pralines. But it is super yummy. Plus, after you zest the orange, you can eat the orange and then not feel bad about the 10 pralines you’re about to eat later. 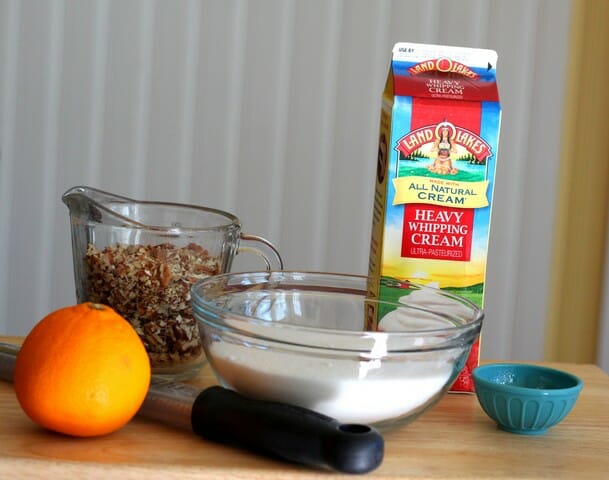 In a large saucepan (think large stockpot…the pan in my pictures gave me anxiety), combine the cream, corn syrup, sugar, and orange zest (if using). Cook over low to medium-low, stirring occasionally. In the early stages, be careful not to let it boil over.

In the original instructions, it tells you to line 3 baking sheet with parchment paper before you start cooking because once you have to scoop out the pralines, you have to do it quickly. 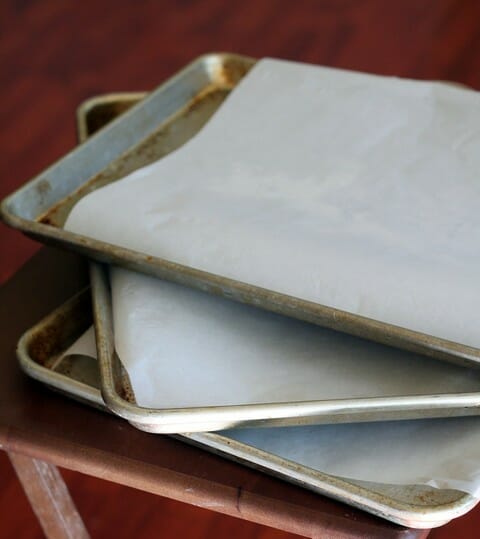 I do agree that you have to scoop out the pralines quickly. But trust me, you’re gonna have a lot of time to line 3 baking sheets with parchment paper while you’re in the early boiling stages.

At first, it’s going to get all frothy and bubbly and syrupy. For awhile. 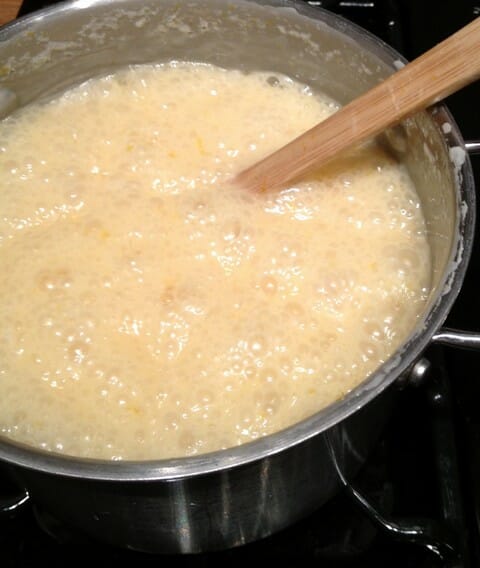 And then it will really start to cook down and thicken up. And you’ll keep using your handy-dandy instant-read thermometer to check the temperature and get sick of it, so you clip your cheap-o thermometer that’s off  by at least 10 degrees onto the pot so you can have some idea if you’re even in the ballpark. 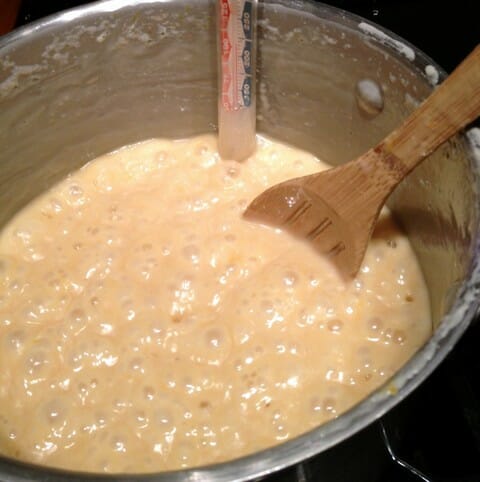 When the mixture starts to thicken, start stirring constantly. The mixture will gradually turn golden brown and become thick and bubbly. 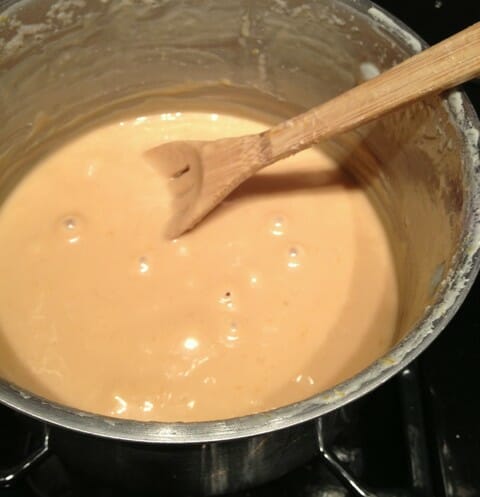 You’ll start contemplating other homemade candies and their origins…peanut brittle…caramel…toffee…who came up with this? How did this come to be? Back when people were doing this in cast iron pots over fires and resources were scarce, what in the WORLD made them think, “Hey, let’s put some of our premium food products into this pot and see what happens?!” You’ll wonder if this is EVER going to reach 240 degrees. You’ll unload the dishwasher. You’ll answer some emails. The thermometer will move up 1.5 degrees. Sweet Kyle Chandler, will I ever leave this sugary prison? You’ll try stirring it more vigorously to see if that makes it heat up faster. Then finally…you reach the magical number. 240 degrees. Or almost, if you’re looking at this picture. Merciful confectionery angels, we’ve done it. 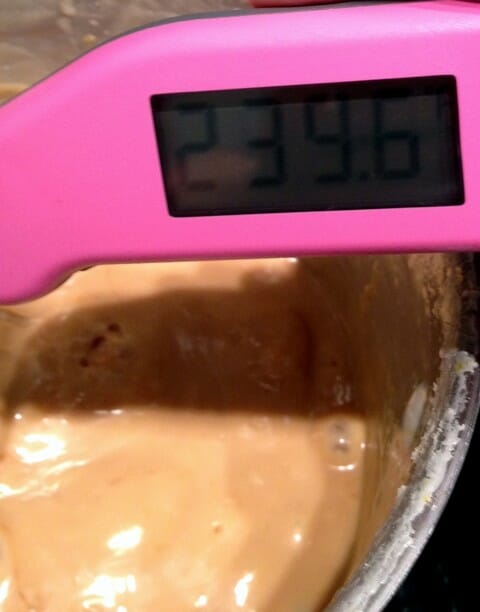 When it reaches 240 degrees, add the pecans and cook, stirring constantly (and into all the nooks and crannies of the pot, but being careful not to splash up the sides too much) until your mixture reaches 248 degrees. Remove from heat. Using two dessert spoons or a half-tablespoon cookie scoop, spoon the pralines onto the lined baking sheets. 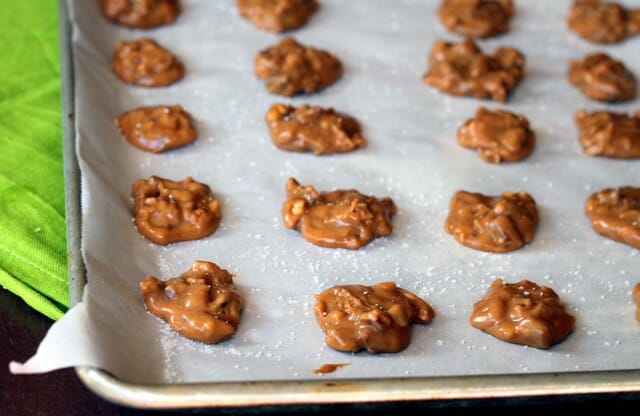 They should have kind of a matte-ish finish instead of being shiny or oily and they should more or less hold their shape, especially in the middle. I like mine sprinkled with just a little bit of kosher salt–it kind of offsets the super sweet sweetness and adds another flavor dimension.

Allow them to cool. If you’re lucky, they’ll be ready in about 30 minutes, but if they fall apart when you pick them up, give them another day or so uncovered in a cool, dry area. 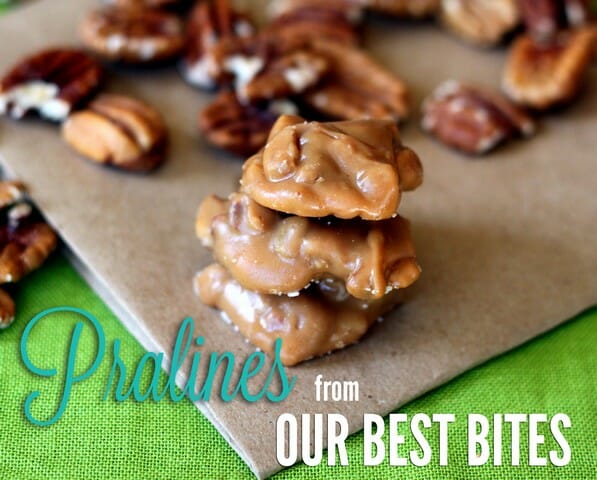 The texture should be similar to fudge, not chewy like caramel or hard like toffee or peanut brittle. When they’re set up, you can store them for a week in an airtight container. Makes 3-4 dozen, depending on how generous you are when spooning the candy mixture. 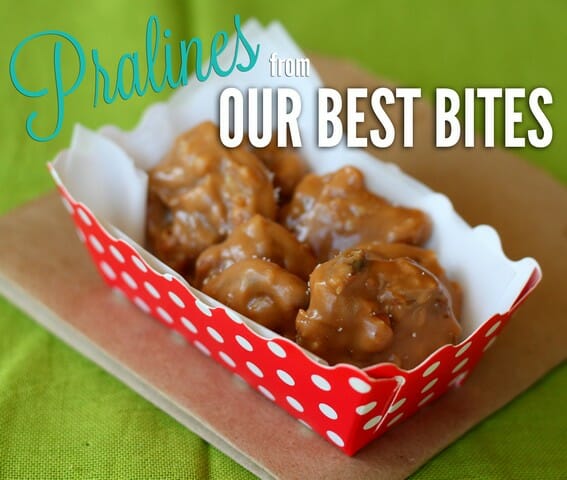 In a large saucepan (think large stockpot…the pan in my pictures gave me anxiety), combine the cream, corn syrup, sugar, and orange zest (if using). Cook over low to medium-low, stirring occasionally. In the early stages, be careful not to let it boil over.

When the mixture starts to thicken, start stirring constantly. The mixture will gradually turn golden brown and become thick and bubbly. When it reaches 240 degrees, add the pecans and cook, stirring constantly (and into all the nooks and crannies of the pot, but being careful not to splash up the sides too much) until your mixture reaches 248 degrees. Remove from heat. Using two dessert spoons or a half-tablespoon cookie scoop, spoon the pralines onto the lined baking sheets. If desired, lightly sprinkle with kosher salt. Allow to stand for at least 30 minutes, but it could take up to a day or two for these to become solid. The consistency should be similar to fudge, maybe slightly drier–it shouldn’t be chewy like caramel or hard like toffee. After they set up, they can be stored for up to a week in an airtight container. Makes 3-4 dozen, depending on how generous you are when spooning the candy mixture.