I don’t know about you guys, but when it gets this hot outside, I have very little desire to cook. Unfortunately, my family still thinks that they need to eat. Since deli meat sandwiches and PB&Js and cold cereal get really old, really quick, I have to mix things up a little.

I’ve never met someone who doesn’t like Philly Cheesesteaks–maybe vegetarians and the world’s pickiest eaters. And since that title currently belongs to my son and he loves them, then we’re talking picky. Speaking of Philly, I’ve come under rather harsh criticism for calling these “Philly Cheesesteaks” because although these are like every Philly Cheesesteak I’ve ever had, these are apparently not how they make ’em in Philly. So, for the sake of authenticity and my sanity, these will henceforth be known as “Cheesesteak Sandwiches.” Not from Philly.

One of the things I love about this recipe is that it really only requires a handful of some of my favorite ingredients–some butter, an onion, a bell pepper, some sirloin steak (I know ribeyes are kind of the gold standard, but I feel like they’re a little too fatty. Can we still be friends?) 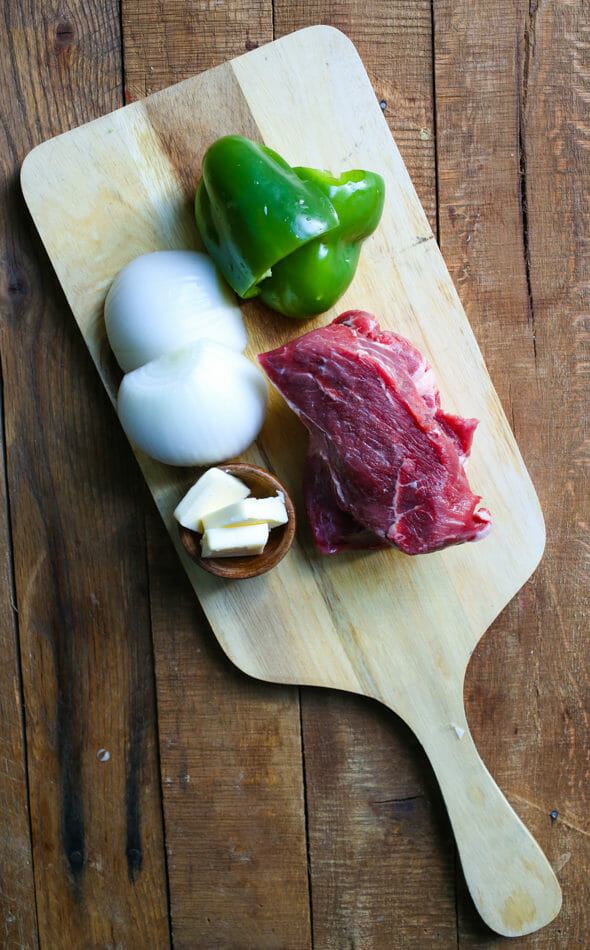 Okay, your job here will be made infinitely easier if you have a food processor. THIS recipe is what food processors were made for. If you’re in the market for a new one (or your very first one), I’ve had a KitchenAid food processor for almost 11 years and it’s still going strong (and I’ve discovered that their customer service is pretty amazing). They don’t have the exact same one that I have now, but I think this machine is about as close as it gets (with some snazzy features that I kind of wish I had…)

One reason some people may not like steak sandwiches is that the steak is cut too thickly. If you have a food processor, you can fit it with the slicing blade, partially/mostly freeze your steak, and get paper-thin slices of steak for your sandwiches. 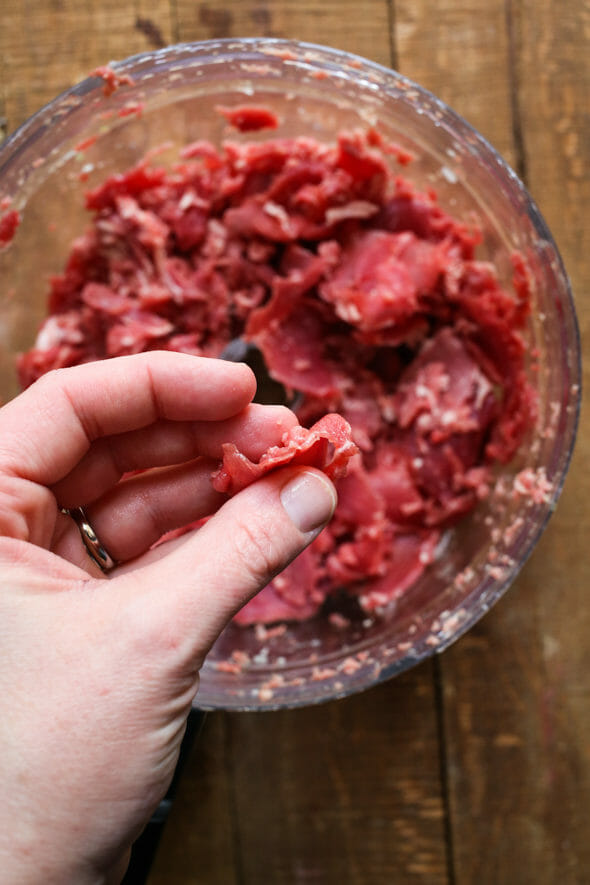 Also, you can slice your onion and green peppers, making this recipe a breeze! As always, you should consult the manufacturer’s instructions to make sure it’s okay to use the food processor to slice meat, but, generally speaking, the rule of thumb is that if you can pierce the meat with the tip of a sharp knife, it’s okay to put it in your food processor.

All righty then, onto the recipe. Slice bell peppers and onions (preferably in the food processor). 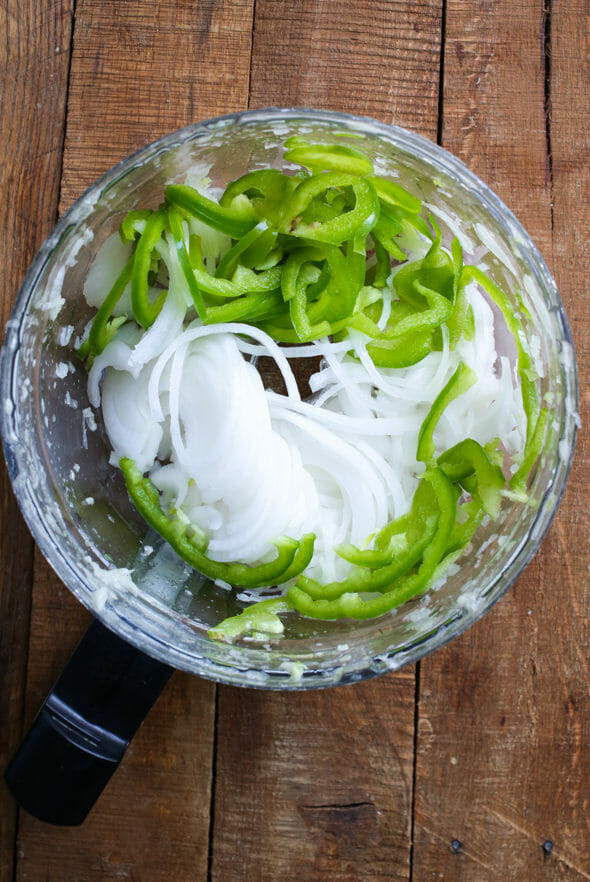 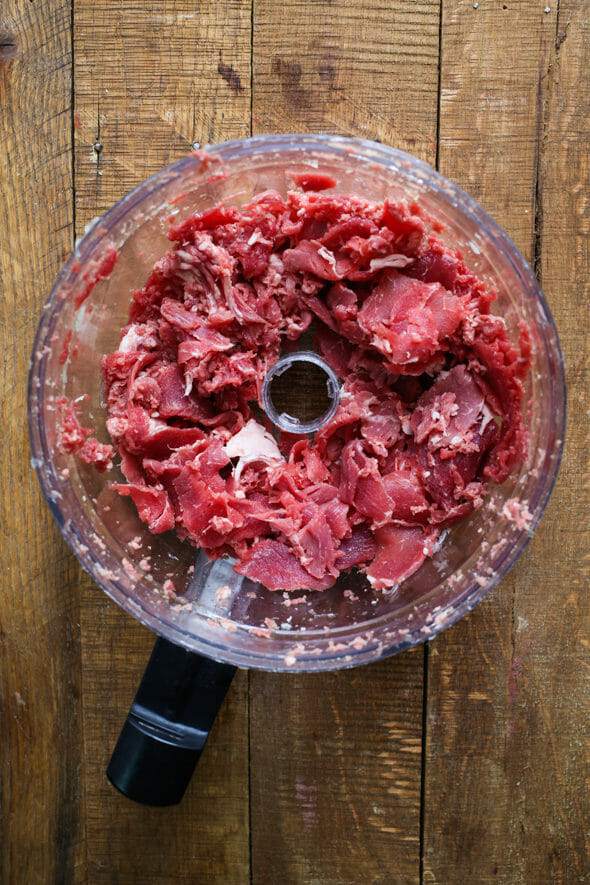 Set aside. Heat 2 Tbsp. butter over medium-high heat in a large skillet. Add steak and stir-fry. Season heavily with salt and lots of freshly-ground pepper. When meat is about half-cooked, add peppers and onions. Stir occasionally, cooking until most of the liquid is evaporated and meat is cooked through. Season with hot sauce to taste. For me, I don’t want them super spicy, but I like a little bit of that extra flavor.

Slice buns and butter the top half. 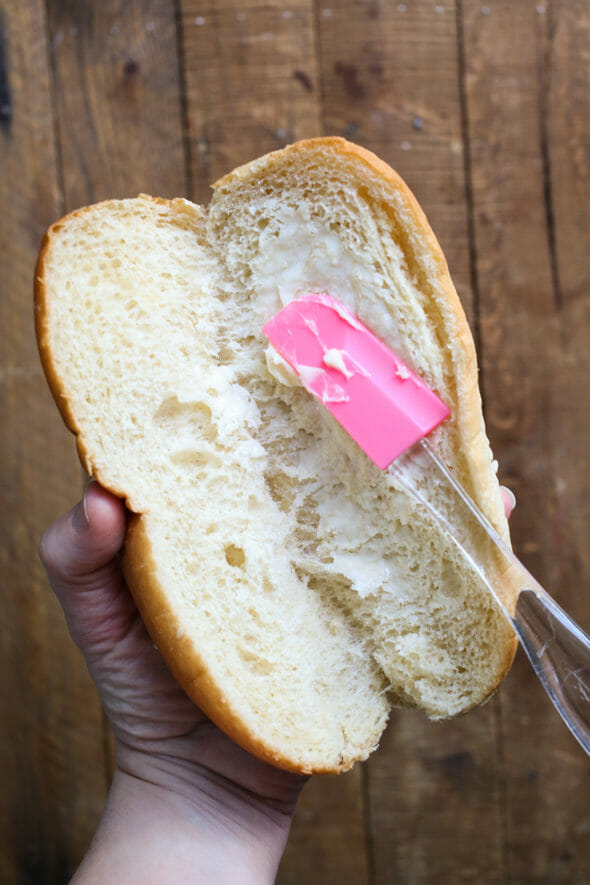 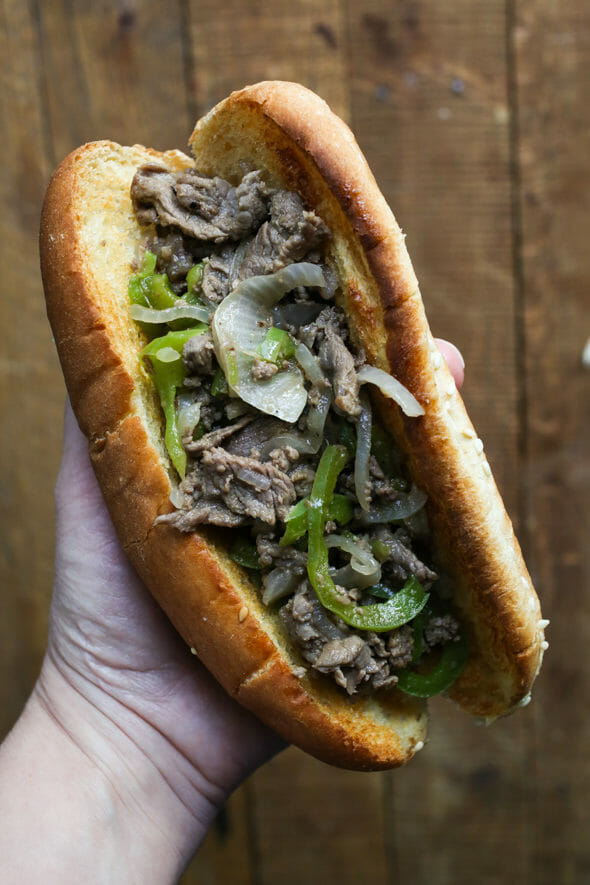 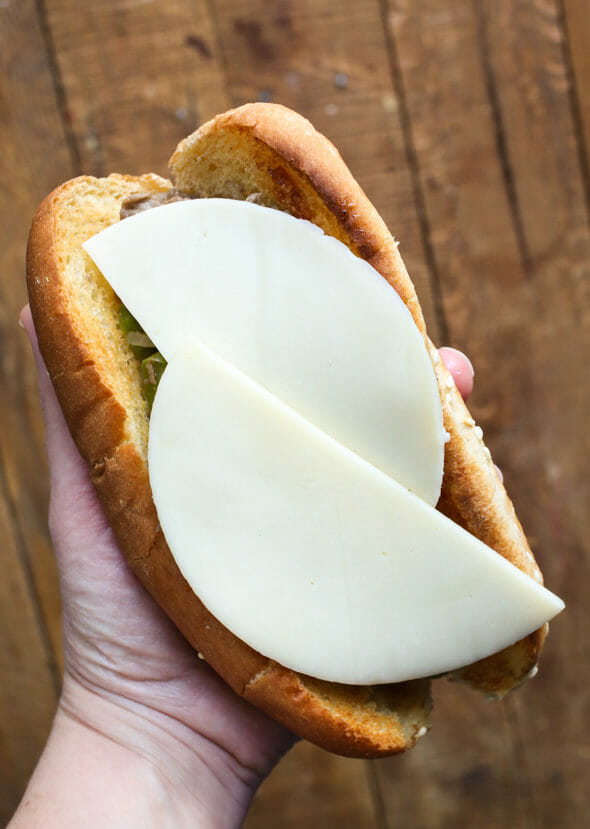 and place under broiler for 1-2 minutes or until cheese is melted and bread is slightly toasty. Enjoy! 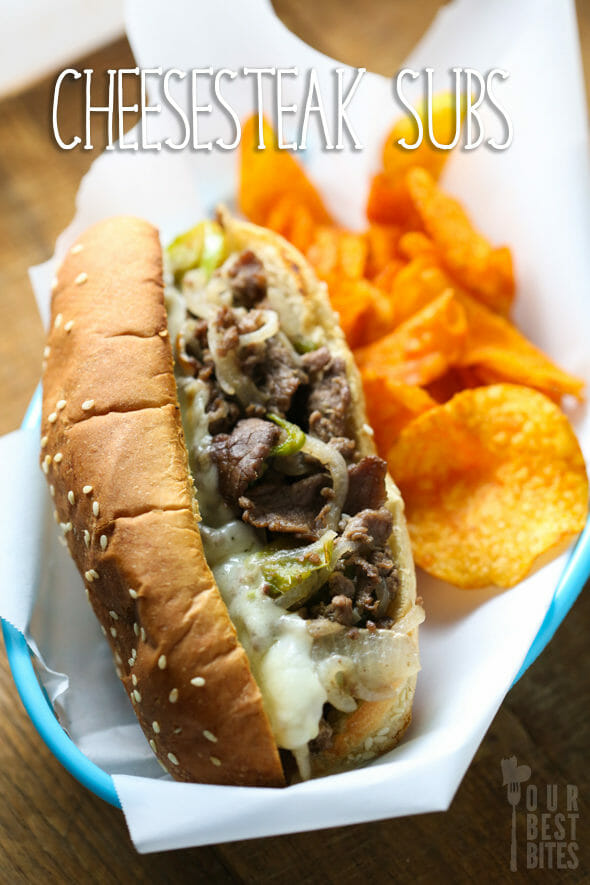 Just a handful of simple ingredients and a few minutes leads to one of the most delicious meals ever! Always a huge hit with everyone!

Hot sauce (like Tabasco or Cholula; optional, I suppose, but super yummy!)

Slice bell peppers and onions (preferably in the food processor). Set aside. Slice frozen meat (again, food processor). Set aside. Heat 2 tablespoons butter over medium-high heat in a large skillet (cast iron, if you have one). Spread the steak evenly over the bottom of the skillet and season generously with kosher salt and freshly ground black pepper, stirring occasionally. When meat is about halfway cooked, add peppers and onions. Stir occasionally, cooking until most of the liquid is evaporated and meat is cooked through. Season with hot sauce to taste.

Slice buns and spread butter on the top half. Spoon the steak mixture onto the bottom half. Top with cheese and place under broiler for 1-2 minutes or until cheese is melted and bread is slightly toasty. Enjoy!

When ready to cook, cook according to the directions in the recipe, just for a little longer to allow the excess water to evaporate and the frozen meat to cook thoroughly. Follow the directions above for serving.